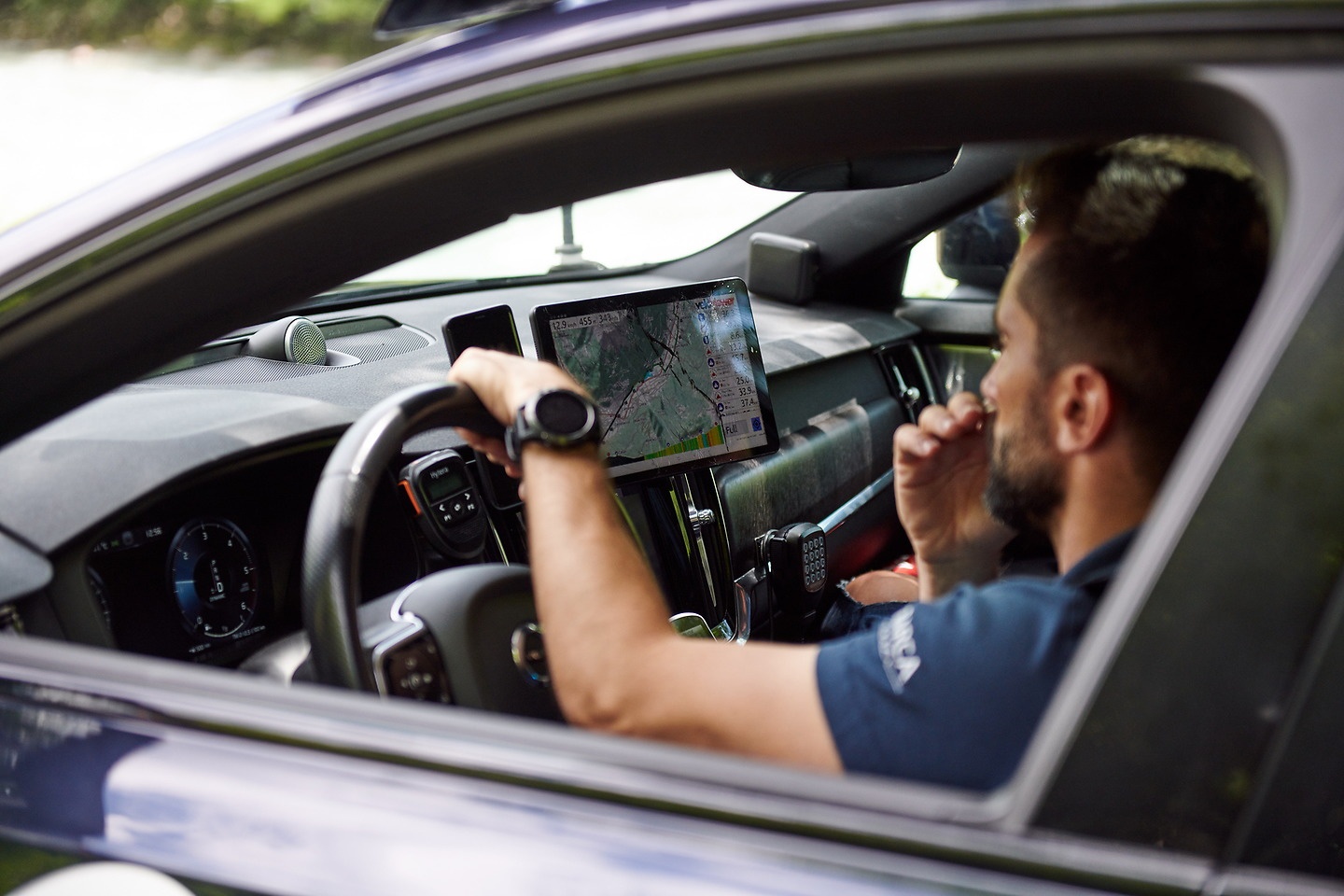 As well as the public facing side of VeloViewer which lets us mere mortals view all of our Strava activity history and segment info in lots of engaging and motivational ways, there is also a package offered to the top level men’s and women’s professional cycling teams to help the staff and riders prepare effectively for their races and provide real-time info on the courses during the races themselves.  It is currently being used all men’s and women’s WorldTeams along with many ProTeams, Continental, domestic and National teams and also the UK Police and a number of race organisers.

Back in 2015 I heard that the classic VeloViewer 3D profiles were being used by a number of WorldTour team DS’s for race briefings including at Team Sky. For the 2016 season VeloViewer became an Official Supplier to Team Sky as I worked closely with their DS’s to build up the beginnings of my WorldTour package. In 2017 Orica-Scott (men and women) began using the package alongside Team Sky with FDJ and BMC joining them for the 2018 season.  Since then the number of teams using the package has increased every year.

All men’s and women’s WorldTeams along with many of the men’s ProTeams and women’s UCI teams.  Also used by a number of Continental/development, National and domestic teams across the whole season of professional, national and international competition.

The package is also used by the UK Police, marshals and TV vehicles at major UK races to allow the Police to track live locations of all the race vehicles as well as showing the police/marshals all the hazards that need covering along the courses.

A number of race organisers are also using the package to help with their race preparation, providing teams with more detailed safety information and for use during the race to help race radio, UCI  Commissaires and keep track of the location of race vehicles.

So what is it?

The VeloViewer WorldTour package is made up of two main parts:

The easiest way to see how it works is to watch this short video.  Lots of new features have been added since I recorded it though:

The main benefits for the teams are:

The WorldTour package (including the Live app) is available to men’s and women’s teams across all levels along with national teams and race organisers.

For more information please drop me (Ben) an email at veloviewer@gmail.com

0 thoughts on “About the VeloViewer WorldTour Package”