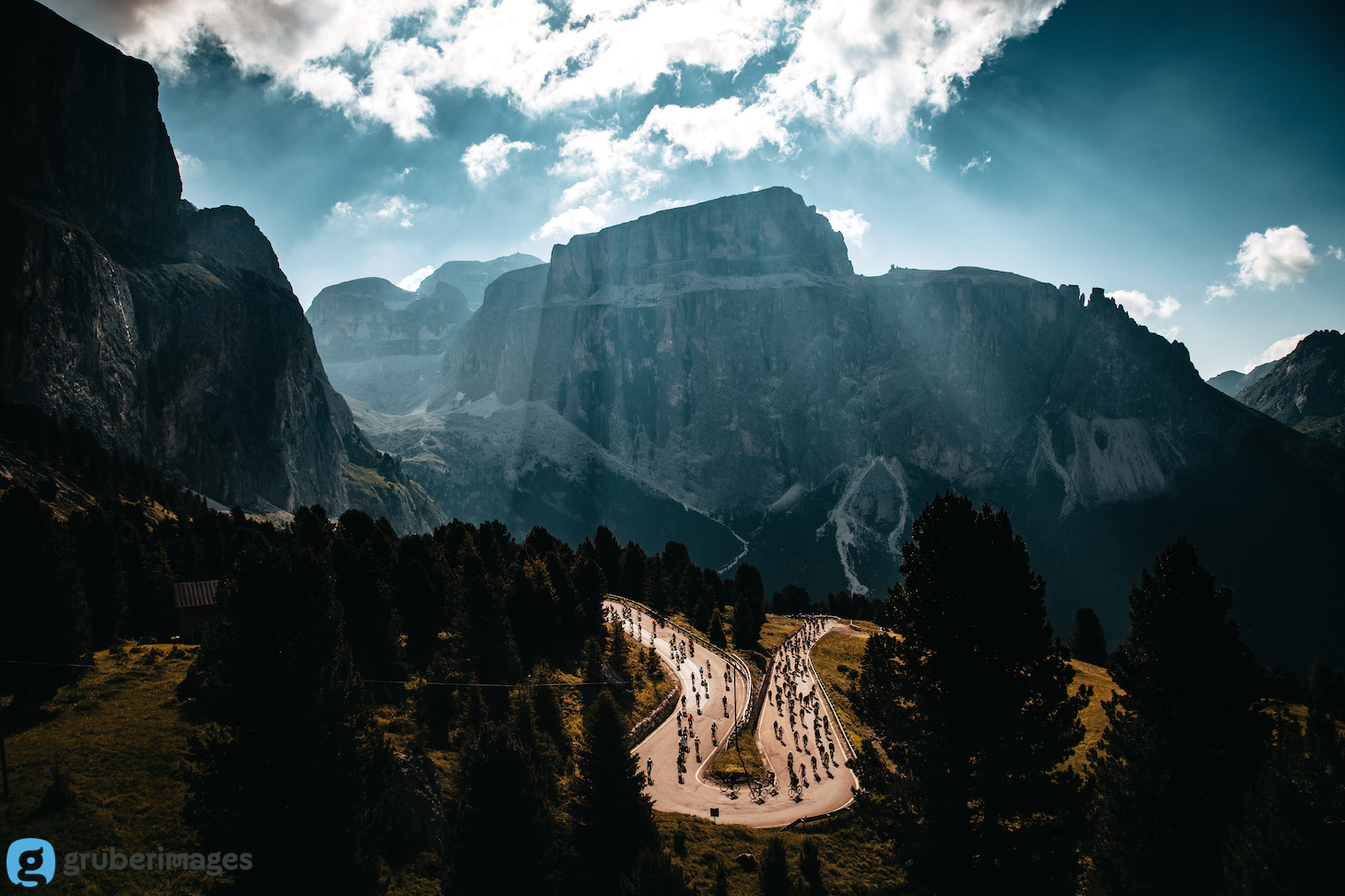 The Maratona dles Dolomites has been on my bucket list since I first heard of it a number of years ago and I’m remarkably excited that 2019 will be the year that I get to do it (hopefully the first of many). Many of those reading this will know of someone who has ridden the Maratona and have heard stories of the joys and challenges of the route. You can also go back to 21st May 2016, when stage 14 of the Giro d’Italia tackled the majority of the route with an extra 77km tagged on the start for good measure.

END_OF_DOCUMENT_TOKEN_TO_BE_REPLACED 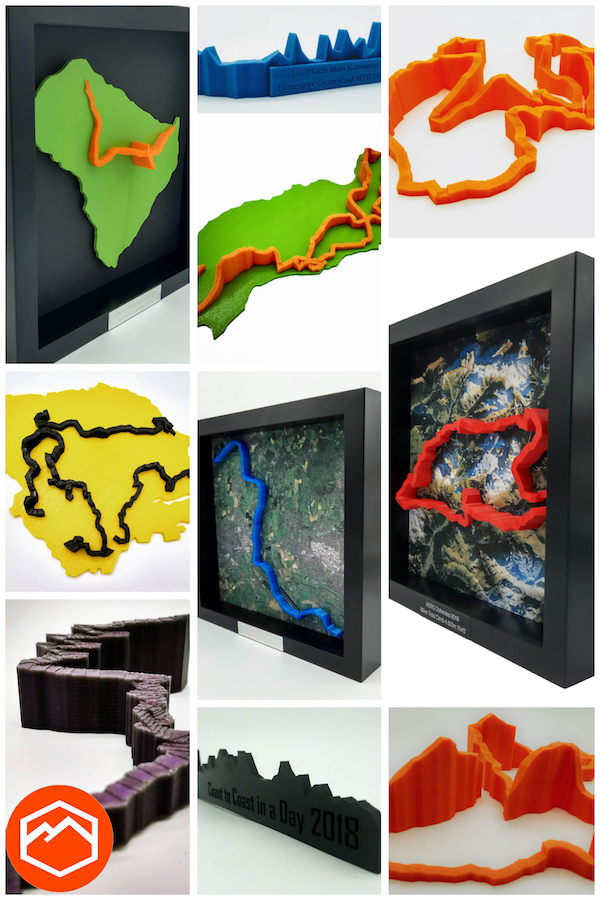 UPDATE 30th Jan 2023: unfortunately PrintMyRoute has shut down so I have removed this feature.  I’m sure most of us have had rides, runs or hikes that we’re proud to have completed and what better way to show them off than a funky 3D print of the profile.  Over the last few years I’ve had numerous conversations with my riding mates about the possibility of doing 3D prints and although they all had fancy 3D printers at their disposal at their engineering jobs, it never got further than that. Fortunately PrintMyRoute stepped up in the summer of 2017 providing this service so now I’ve coded things up so you can easily send your activities, routes and segments straight over to PrintMyRoute direct from VeloViewer wherever you see a 3D profile.

END_OF_DOCUMENT_TOKEN_TO_BE_REPLACED 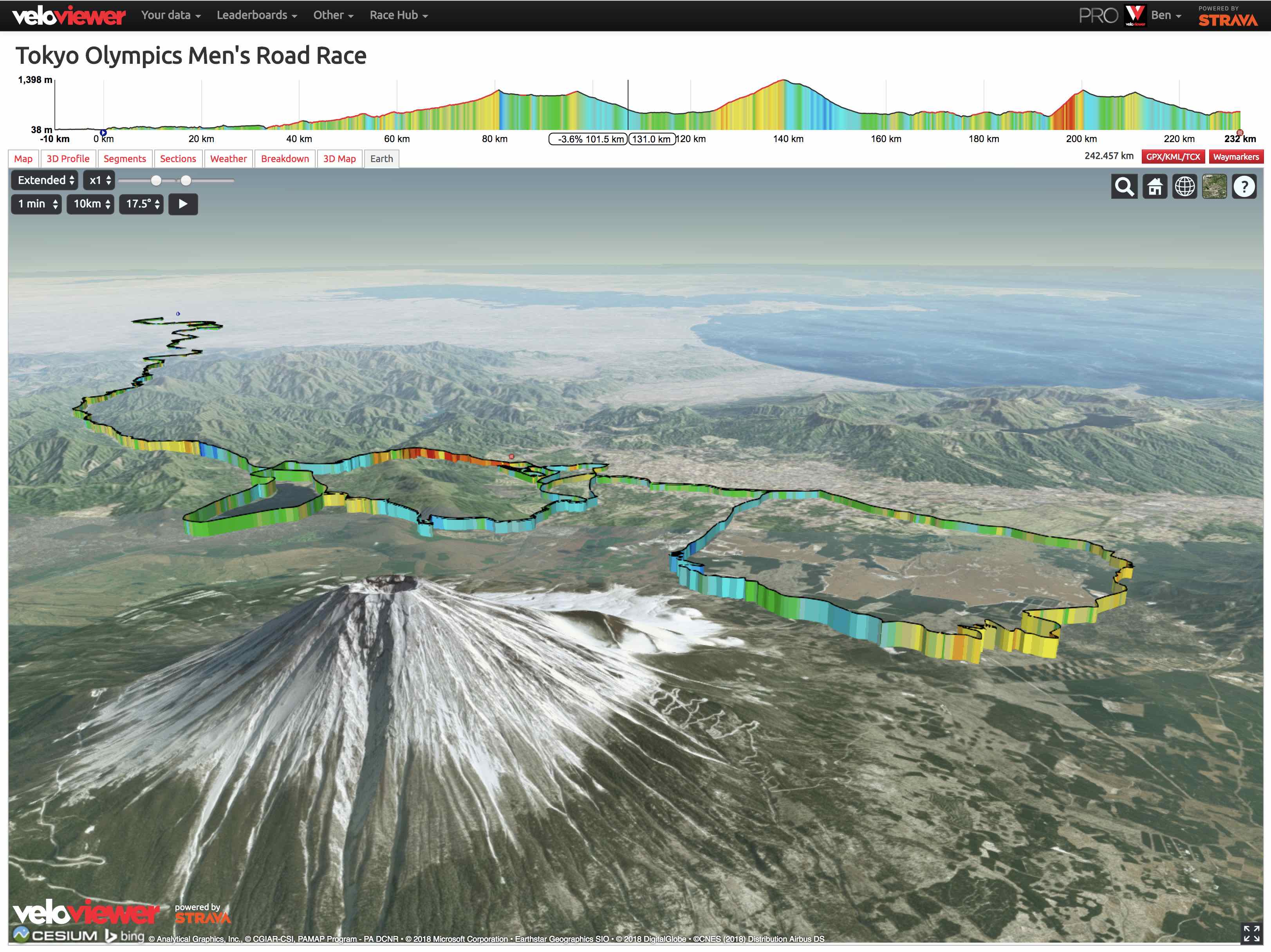 The Tokyo Olympics Men’s and Women’s road race courses have just been announced. I’ll let others debate the differences between the two courses and instead just provide the stats and maps.

END_OF_DOCUMENT_TOKEN_TO_BE_REPLACED

The three most famous European gran fondos on most people’s to-do lists are l’Etape du Tour, La Marmotte and the Maratona dles Dolomites.  If this was Gran Fondo Top Trumps each of them would win the hand on at least one aspect.  The Etape wins the “Classic” category, knowing that you are riding the same course (almost) as the Tour de France a short time after; the Marmotte wins on raw “Elevation Gain” (5000m!); the Maratona wins on sheer beauty. Which is the “hardest” probably comes down to the weather on the day and how you ride it but lets take a closer look at the routes and stats:

END_OF_DOCUMENT_TOKEN_TO_BE_REPLACED

The 2017 edition of the Tour de Yorkshire very kindly finishes in VeloViewer’s global HQ of Sheffield taking in some of my personal, favourite cycling roads in the process. Here are the details of the 3 stages with the 2nd stage (Tadcaster / Harrogate) also being tackled by the Women’s peloton before the men’s race on the Saturday.

END_OF_DOCUMENT_TOKEN_TO_BE_REPLACED

11th August 2018 – The Tokyo Olympics Men’s and Women’s road race courses have just been officially announced. Please check out this new post with the details of the update routes. 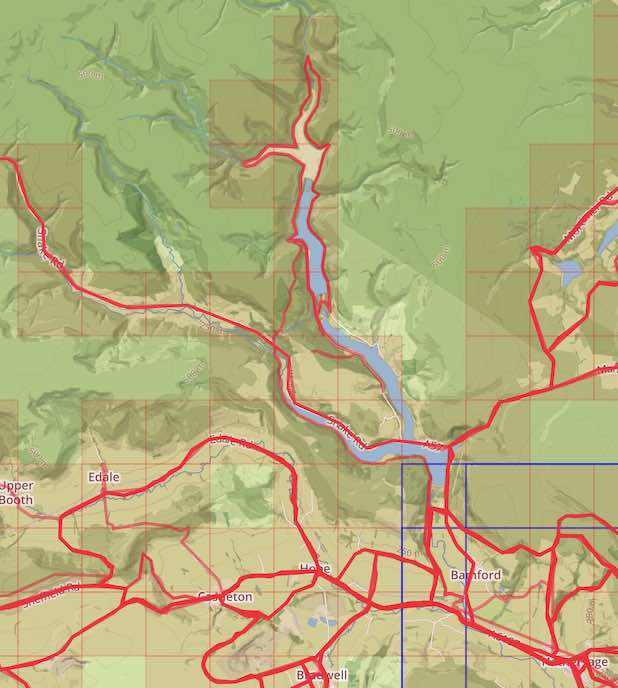 The VeloViewer Explorer Score and more specifically the Explorer Max Square has acquired a bit of a cult following since its introduction to the site back in March 2015 despite me not having fully explaining what it is all about until now!  The Explorer Score rewards those people who explore new roads/trails rather doing the same old loops. Providing non-performance based motivations has always been one of the main goals of VeloViewer and this one really looks to tick that box.

END_OF_DOCUMENT_TOKEN_TO_BE_REPLACED

The women’s race that accompanies the men’s Tour de France has previously been a circuit race around the classic Champs-Élysées loop in Paris.  For 2017 the one-day race has moved to the Alps to tackle a section of the men’s 18th stage (the full length of which doubles up as the 2017 Etape du Tour – full details of route here). Here is the full breakdown of the women’s route:

END_OF_DOCUMENT_TOKEN_TO_BE_REPLACED 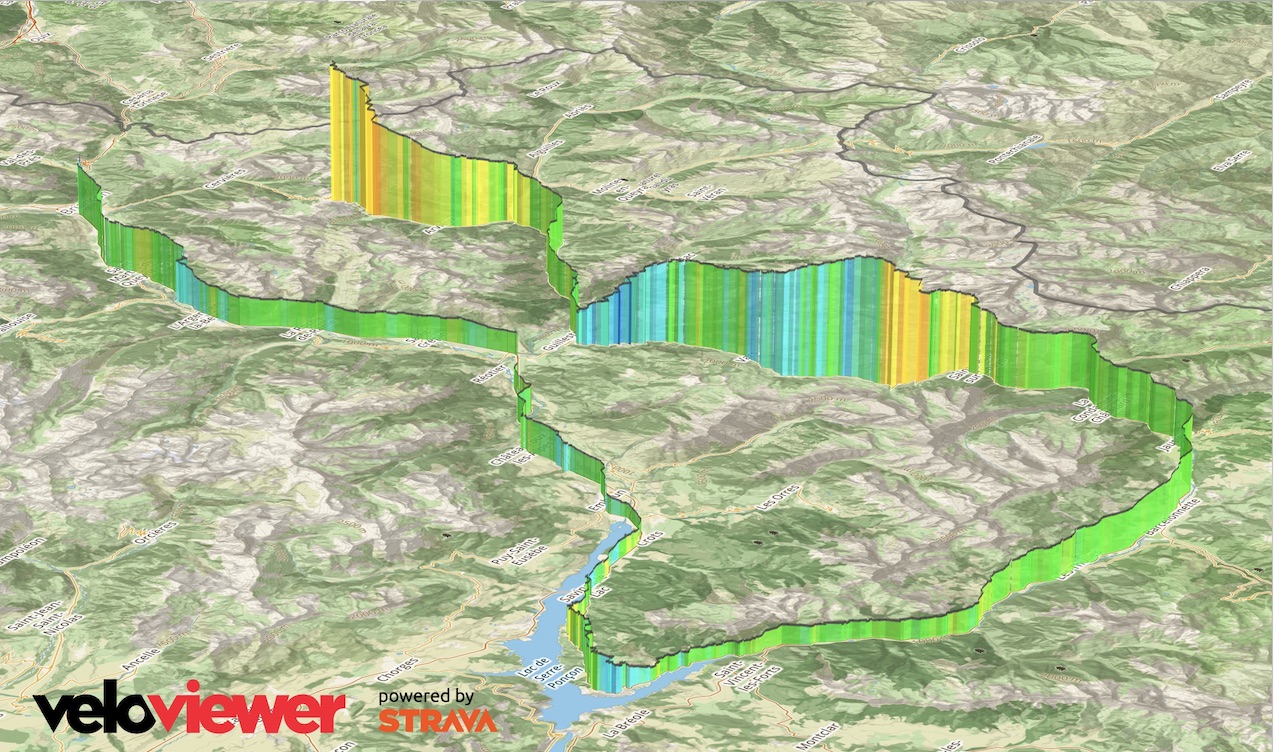 L’Etape du Tour is always a classic of an event but for 2017 the parcours is going to provide a really tough challenge.  At almost 180km in length the route begins with a fairly relaxed first 120km taking in a scenic tour of Lac de Serre-Ponçon before tackling the Col de Vars and a tough summit finish of the southern slopes of the Col d’Izoard.  Expect a few hours of crazy huge pelotons until the climbing properly gets underway! 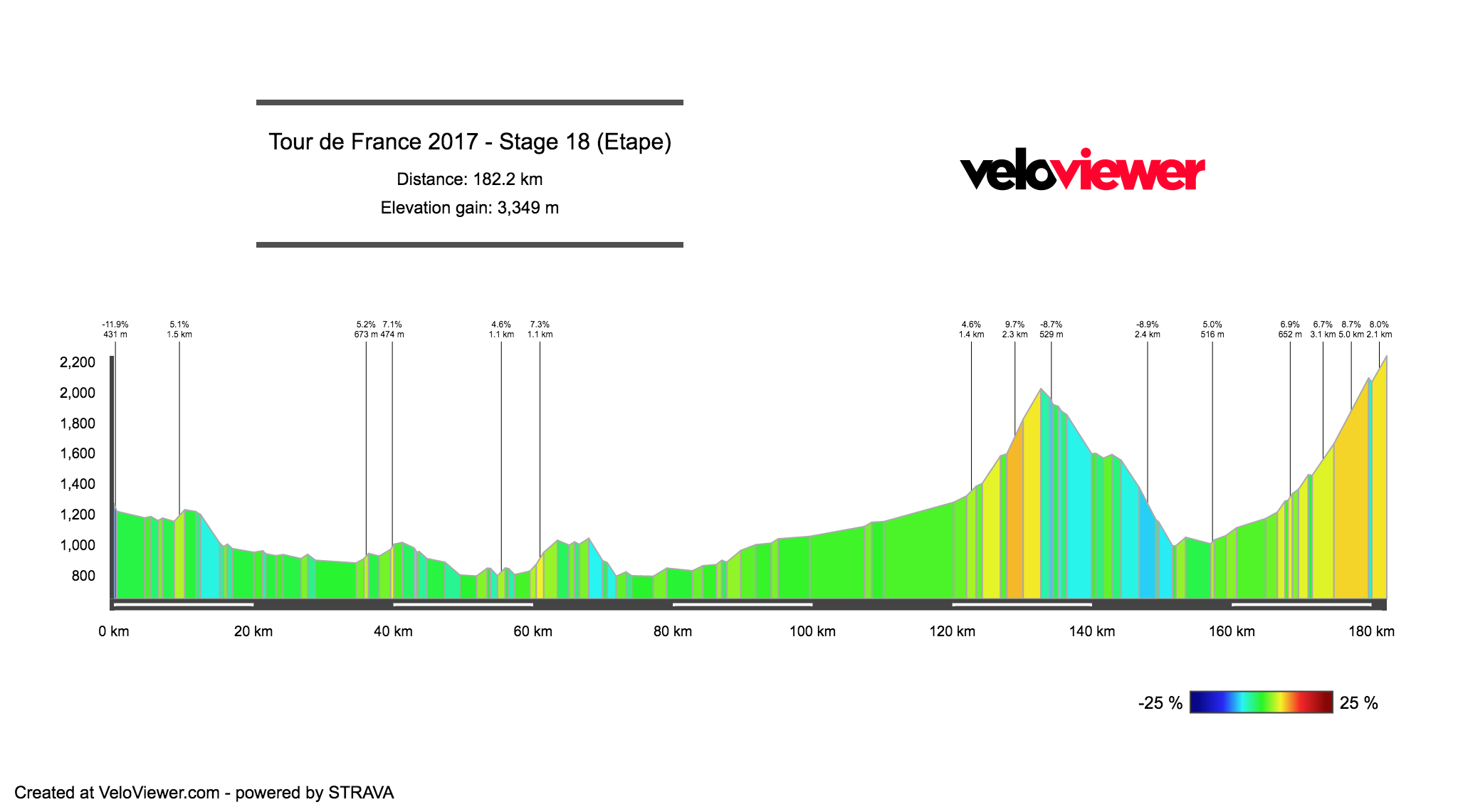 Check out my Fly-Through of the route: