The 2017 edition of the Tour de Yorkshire very kindly finishes in VeloViewer’s global HQ of Sheffield taking in some of my personal, favourite cycling roads in the process. Here are the details of the 3 stages with the 2nd stage (Tadcaster / Harrogate) also being tackled by the Women’s peloton before the men’s race on the Saturday.

Finishing with the familiar trip from Whitby down to Scarborough but this year the only climb on that stretch is the classic Côte de Robin Hood’s bay a fair way from the finish. The rest of the day certainly isn’t flat but the race might be determined more by the wind on the exposed, long section across the North Yorkshire Moors. The cold wind from the North we’ve had this week looks to continue into this stage which could result in a nasty crosswind. Team Sky ripped the race apart over this stretch last year in similar conditions.

A similar (but shorter) day out to the first stage of the  2014 Tour de France for both the men and women.  Just the single climb (compared to the TdF’s 3) and despite its max gradient of 18% and the initial 1.4 km averaging 13% it is unlikely to influence the stage that much for the men with still 60km remaining and with a very tough stage 3 to follow.

For the women’s race, anyone not wanting to leave it to the sprint will have to put in a long bid for glory and hope that the northerly wind is still there to help blow the break to the finish.

The undulating final 2km is identical to the TdF finish which was won by Kittel so don’t expect the final slopes to hold back the bigger guys and gals.

A proper northern classic of a stage with a very similar feel to the second stage of the 2014 Tour de France taking in some of the same roads, but this time in the steeper direction 🙂

The first real test will be the 20% slopes of Holden Lane before things get properly exciting when they hit the very rough, 20% cobbled climb of Shibden Wall.  Still 95km of hard riding to go so these cobbles might not have much impact on the race overall but it will be a good eye-opener for the world’s best cyclists that steep, cobbled climbs aren’t unique to Belgium.

The road is never really flat all day but from around 26km to the finish it’ll be survival of the fittest with 5 short but severe climbs coming back to back with little to no time to regroup before the next.  The penultimate climb of Côte de Ewden Height (or Deliverance as it is known locally) being the most fearsome of the last climbs which was descended by the 2014 Tour de France when all of us locals wanted to to see people having to ride up it! Fortunately that opportunity has now arrived.   Do take care on the steep, off camber, left hander on the descent to the start of Ewden Heights climb which has caught out a fair few recreational cyclists over the years. 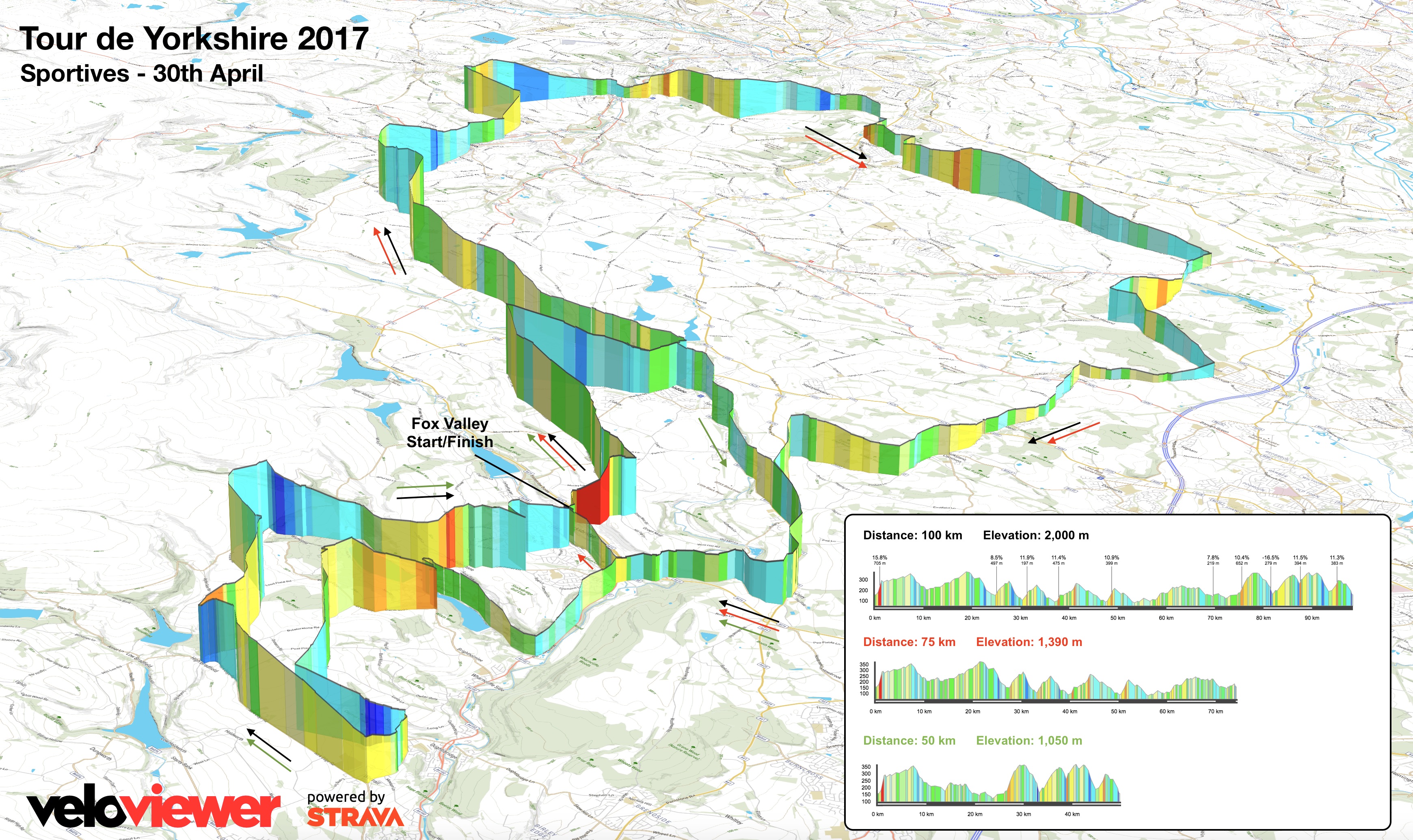