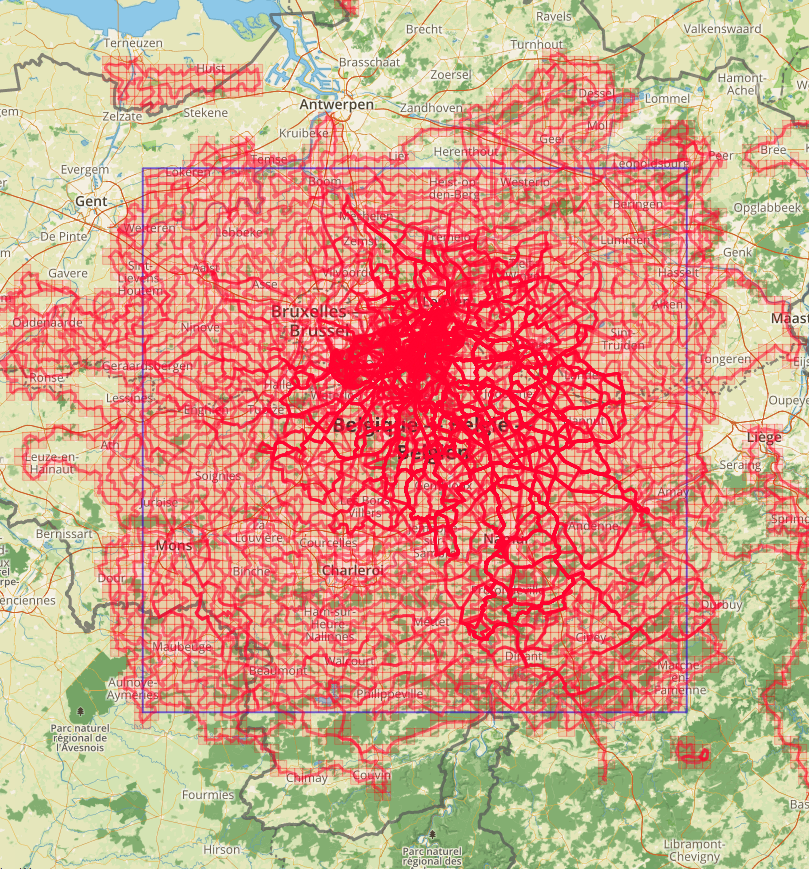 The Explorer Max Square leaderboard has brought together a small but remarkably dedicated international community of riders taking in new roads and trails at every opportunity in order to increase their Explorer Max Square. What drives them to ride across frozen lakes, attempt to access military bases and buy opera tickets to tick off map squares? Let’s ask them! 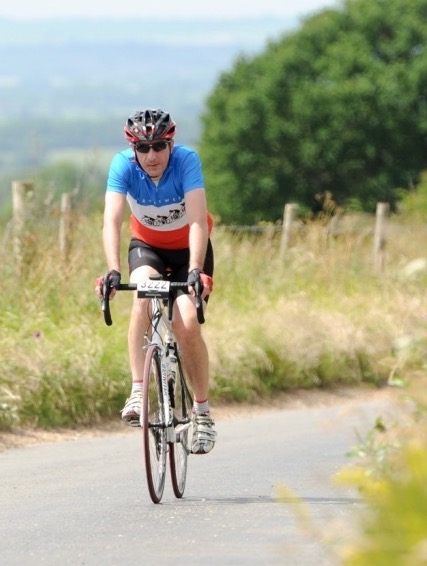 A life long love of maps, especially those of the Ordnance Survey, was finally rewarded in September 2015 when I discovered the Explorer Max Square score in VeloViewer. It is simply the work of a cartographical genius. Every grid square on the map is filled as your GPS track passes through it. The biggest square you have with no unfilled grid squares is your score. What’s more, there is a table with the top twenty people in the world published. At last I don’t need to be the fastest or fittest to be with the best, just simple application and bloody minded persistence. Now I combine my love of long rides, new roads and time spent studying maps to re-invigorate my cycling and break out of the habit of repeating the same old loops. A cartophiles delight.

I’ve found some truly gorgeous places that I will at some point revisit and some that I will not go back to for love nor money. The best bit of all is the look of incredulity that you get when you explain to someone why you are carrying a perfectly good bike up a muddy footpath ‘ to get in the square.’ The reaction of friends, family and colleagues is similarly rewarding, best summarised by my mum saying “What will you do when you finish?” I thought she would have known better. 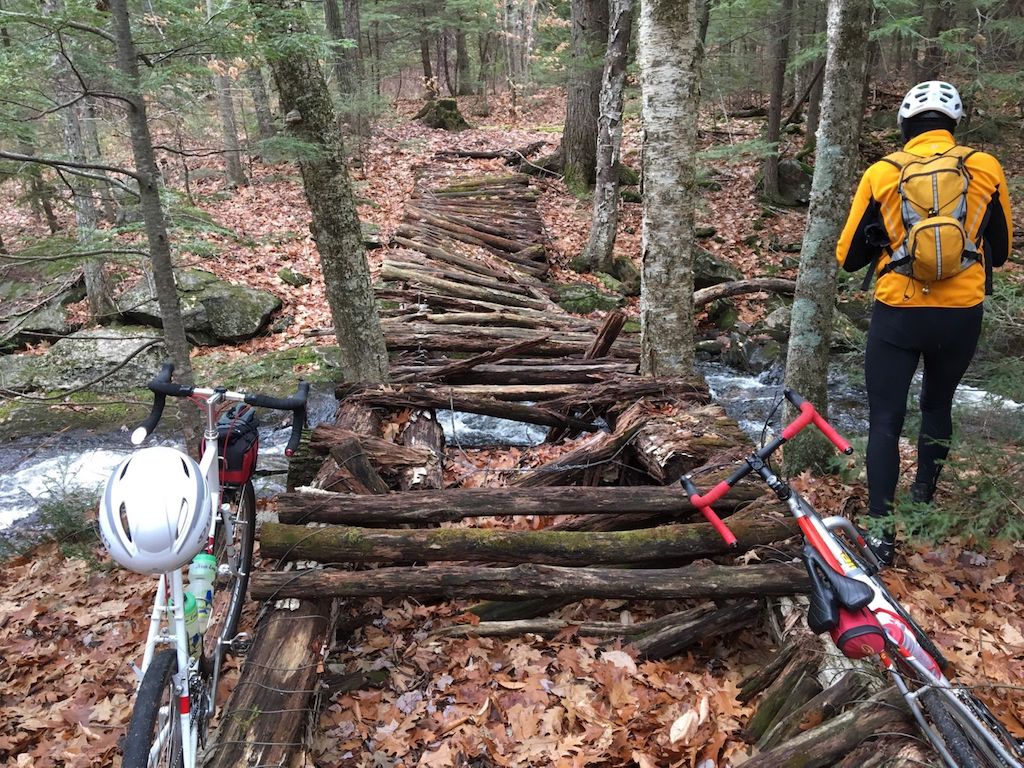 Years ago, a good friend encouraged me to “Never Stop Exploring” and I guess I’ve made that one of my guiding principles.
Discovering the Strava personal heatmap was my initial descent into this delightful rabbit-hole.  A heatmap shows more than just where you’ve ridden: it shows where you haven’t.  Using the heatmap to plan rides and explore new roads was great fun for a few years, but “riding every road” was getting a little tedious, and frankly a little too obsessive-compulsive… even for an avid cyclist!

Along comes VeloViewer’s Explorer feature, which gave some much-needed structure and metrics to those explorations. Instead of “riding every road”, which is impossible and boring, it tracks the “map tiles*” that you’ve passed through.  A leaderboard was established for the largest square area in which you’ve done a Strava GPS activity in every map tile.  Having already explored every road within 20k of my house, I instantly found myself in the top five, and with a little work, quickly moved into second place.

Thus began the past year of chasing (and being chased by) the Belgians and the English! To keep up with the Europeans, I’ve had to ride across golf courses (with permission of course), kayak across estuaries, bushwhack through forests, carry my bike through swamps, hike over mountains, and ride across frozen lakes.

It has made me realize just how blessed we are in New England, which is “settled enough” to make this possible, but still quite challenging at times.  Covering several thousand tiles has revealed many unexpected jewels: lovely roads and remote trails, beautiful scenery, and many grand adventures on a bike.

Hardly a day goes by when I don’t look at a map and plan the next exploration, or check on the progress of my European friends on the Max Square leaderboard.

How far can I go? Probably not as far the Europeans. But It’s as much fun to travel hopefully as it is to arrive.

Whilst participating in the 2016 Strava Ton of Tons challenge, at times I was struggling for motivation to ride outside my normal range and to ride  new roads and routes. And then I discovered Veloviewer Explorer Squares which is a great map based ride viewing feature which can motivate and assist with route planning and almost in a game like fashion reward you by turning those map squares green once ridden. Over the last 12 months I’ve experienced more time on the bike, less time behind a screen planning routes, fantastic new rides and scenery and as a consequence slowly watched my Veloviewer Map view of South East England turn greener and greener.

Most squares have a public road going through them and these are straightforward to turn green, the fun comes when there are no roads in the square.

In search of attaining the formidable green square, as well as miles and miles of A/B roads / Green lanes, I’ve also ridden through ploughed fields, along sea walls (actually on the wall), through rubbish tips, along farm paths, gravel paths, river banks, stately home gardens, Parks, Castle grounds and even had security stop a Ferry unloading to allow me to ride in and grab a square. I’ve even had to pull the ordnance survey maps out on occasions to navigate to the green square.

And most of this on a standard race bike with slick tyres, rim brakes, and not a lot of tyre clearance. Its convinced me that with my type of riding, I need a new bike.

With the recently added Strava Routes overlay, planning routes, whilst securing green squares along the way, is simple and quick and the single route planning tool I use enabling me to spend more time on the bike.

A word of advice, if it all goes horribly wrong and you find yourself cycling somewhere you shouldn’t be, simply blame and point at the GPS , its worked for me an uncountable times 🙂 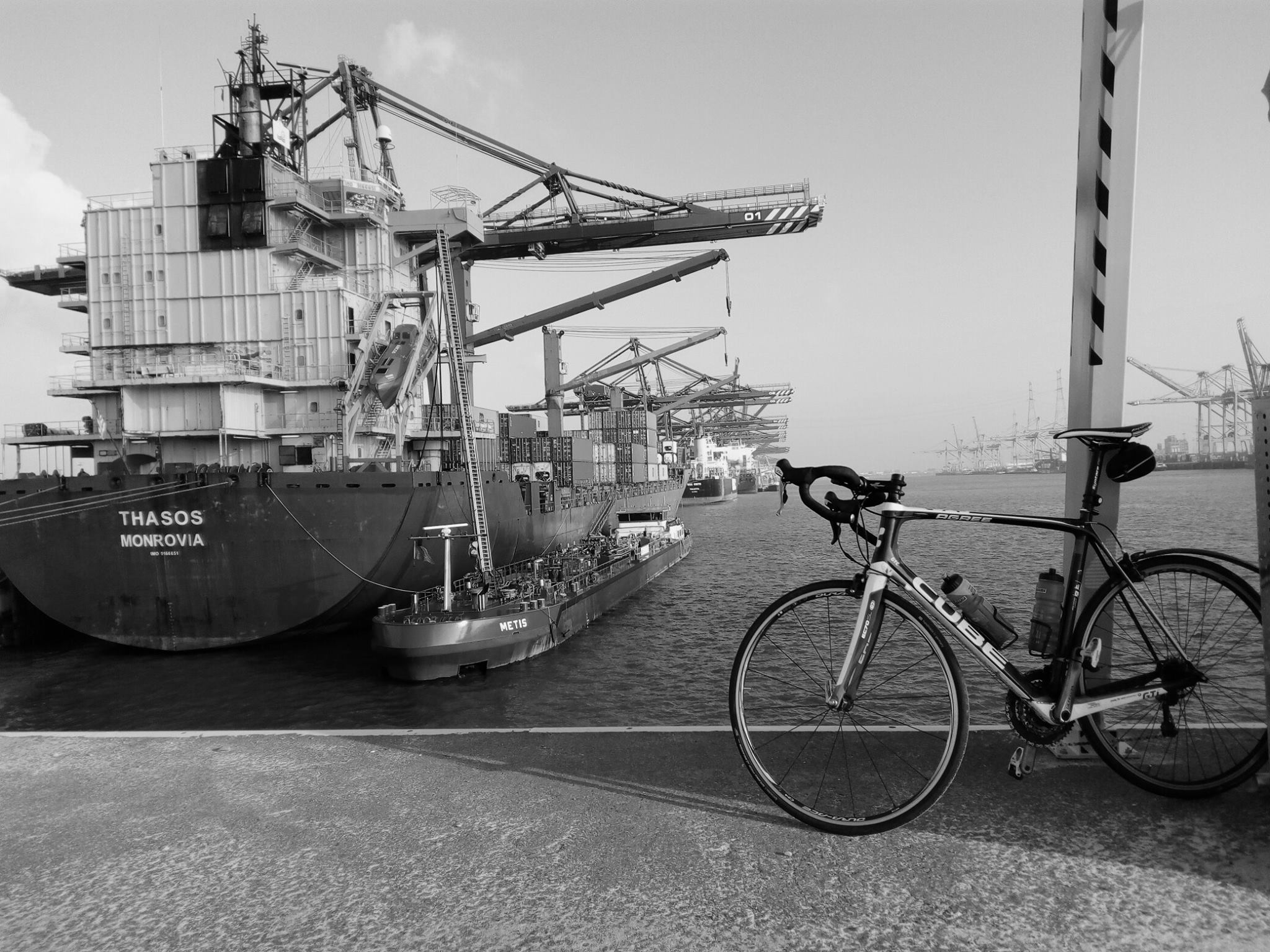 After 10,000’s of kilometres you might have the idea that you know every single road in your neighbourhood.

By nature I prefer unknown roads above those that I do know. For years I biked with the only purpose to get lost and then find my way home using roads I didn’t yet know. Another favourite was riding 50 kilometres South, then 20 kilometres East or West and then 50 kilometres back North again and finally try to find my way back home. All of this on both race bike and MTB. So yes I thought I knew about every road. Then Veloviewer came with the tiles and I really didn’t have to go far to my first untouched tile, I was amazed. So I started filling all the missing tiles, the one closest to my house first. All those tiles resulted in an increasing blue outlined max square. And once I had such big blue square I just wanted to make it bigger!

Ticking the tiles brought me to places where I otherwise never would have ended up. Fields with no roads, airports, high ways, water ways, military bases, shooting fields and of course dogs can all be obstacles. However once overcome it gives a great feeling. It triggers the same areas of the brain as Pokomon!

I started about two years ago with tiling thanks to my cousin Steven-CCT/Rode Spurters. At the beginning, right after I imported my Strava data for the first time in Veloviewer, I didn’t have to cycle a lot to get my 30×30 max square. I only had to fill up some missing tiles in the neighbourhood. Which sometimes even happened during unprepared rides with my cycling team and friends.

However, it was harder to get the 40×40 max square since these tiles were located further from my home. The trips got longer, the roads got harder, some were even off-road or didn’t seem to be accessible without trespassing. Especially close to our country border or in the less populated Ardennes.

Once, while I was riding my race bike on the border between Belgium and France, I even had four flat tires due to the bad condition of the roads. I realized it became important to choose the right bike. I often changed my racing-bike for the mountain bike or cross-bike.

Another time, by chance, also in France, I had to climb over a fence and pass through a cow meadow. You better don’t do this with your best bike. Considering this, I definitely prefer to use my old cross-bike to collect most of my tiles. The average speed is of course is a little bit less compared to the race bike, but you don’t slip in the mud and you get less flat tires. Which makes the rides more comfortable.

I am a senior service engineer, I have to install and repair production printers across Belgium and Luxembourg. In my company car, above work tools and spare parts, I mostly carry a bike and my Garmin Edge800. My Garmin is loaded with a dozen of routes throughout the provinces in Belgium. Routes I created with Strava route builder and the Veloviewer app.

Once or twice a week, before or after working hours, I avoid traffic jam on highways, by riding one of the routes I prepared. This all made it possible for me to acquire, a big max square, almost 69X69. What I love the most is the fact that I discover new places and meet awesome people on the way. And I  stay in good shape for cycling together with my cycling team each Sunday morning.

George Mallory nailed it almost 100 years ago when he was asked “why do you want to climb Mount Everest” – “because it’s there” – I try to get in all the squares because you put them there!

More than that my passion for geographical “collecting” began when my Dad walked up every Wainwright mountain in the Lake District – it still gnaws at me that he did some without me. Later on, one of the things that drew my wife and I together was being prepared to admit that we liked the collecting aspect of travel, as well as the travel itself. We’ve both been to one hundred countries now, if you stretch the definition of country a little bit.

So that’s the background that got me started on the explorer sqaure, but now I just appreciate how much fun and eye-opening it is to see that there so much in the world all around on us. I had no clue that Hampshire has big oil and gas storage facilities hidden behind bluebell-ed woods and little wooden signs, that Gilbert (of Gilbert and Sullivan) died in his private lake in north London trying to save a girl from drowning (I rode past it), that Sussex has many ancient ornate windmills, or that Brentford has museums dedicated to music and steam.

My most challenging square, which is keeping me on 40×40 for the time being, completely surrounded by the private Getty family estate (Wormsley) in the Chilterns. It does open to the public sometimes but I may have to buy a ticket to the opera or cricket to get in.

South-east England is fortunately not too wild. The nearest I have had to a dodgy situation was cycling around the private car park of Hankley Common Golf Club  to squeeze into a square (VeloViewer provides proof I made it in the attachment!). The local old boys didn’t like it and let me know by swinging a 3-iron in the general direction of my back wheel. They missed.

A huge thanks to the Explorers for sharing their stories and hopefully you can take some inspiration to help plan your own adventures.

0 thoughts on “Meet the Explorers”