The three most famous European gran fondos on most people’s to-do lists are l’Etape du Tour, La Marmotte and the Maratona dles Dolomites.  If this was Gran Fondo Top Trumps each of them would win the hand on at least one aspect.  The Etape wins the “Classic” category, knowing that you are riding the same course (almost) as the Tour de France a short time after; the Marmotte wins on raw “Elevation Gain” (5000m!); the Maratona wins on sheer beauty. Which is the “hardest” probably comes down to the weather on the day and how you ride it but lets take a closer look at the routes and stats:

L’Etape du Tour is fairly unique in that the route changes each year to tackle one of the key stages of that year’s Tour de France. For logistical or safety reasons this route often doesn’t exactly follow the route tackled by the professionals but most of the time the only differences are on sections that don’t have an impact on the overall nature of the route. 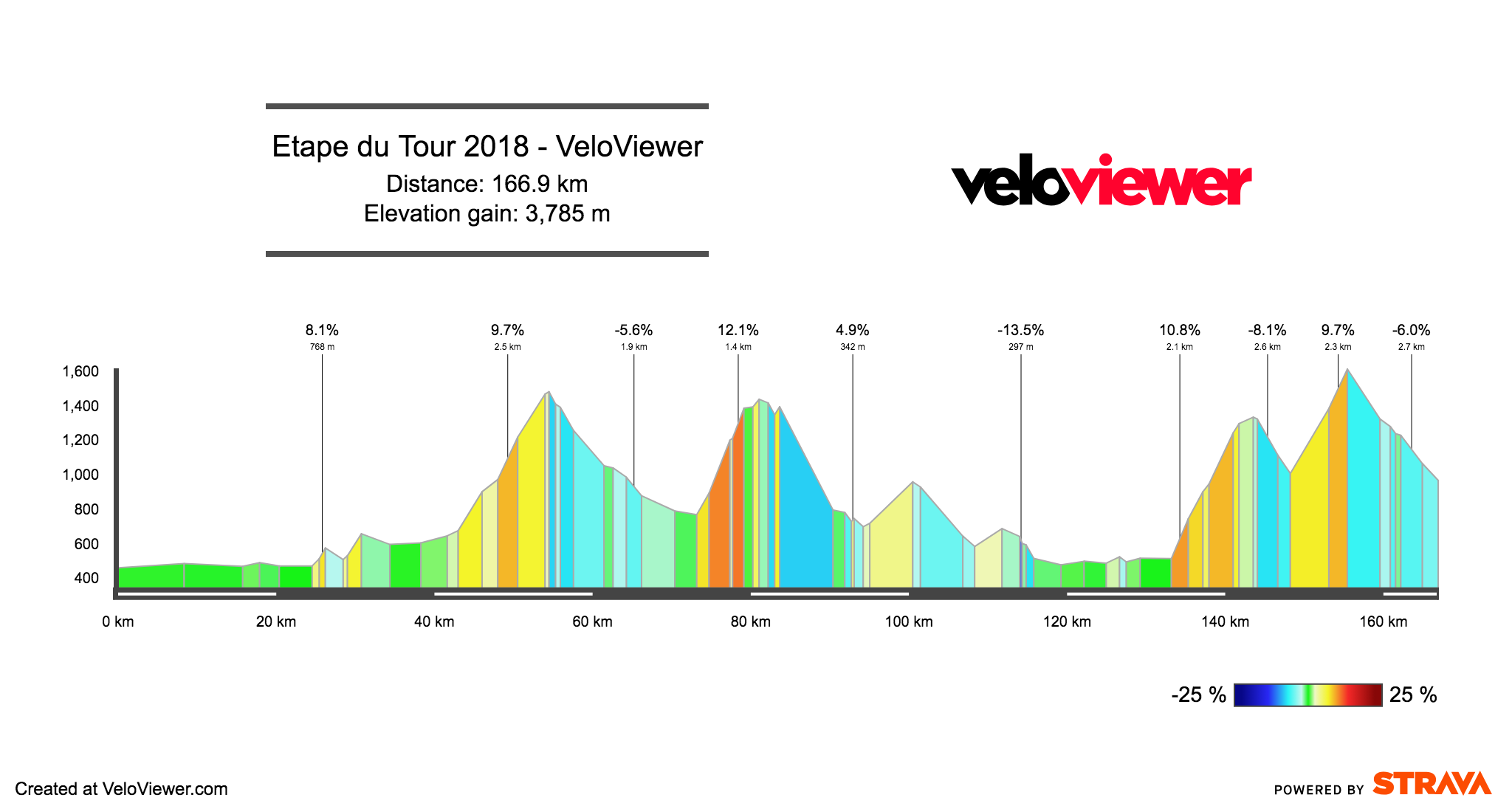 Due to these differing routes, some iterations are easier than others. The 2018 edition is definitely set to be one of the tougher ones.  Coming in with the lowest total elevation gain of our three Gran Fondos with just under 4000m of climbing, it makes up for it by having the steepest, long climb of the Col des Glières: just over 6km long averaging 10.1% but it gets tougher and tougher the higher it gets. The final 4.5km of the Glières average over 11% with the final 1.5km at over 12%. The climb then slackens right off but the surface turns to gravel for the next 2km. As well as the Glières, the ascent of the Col de Colombière takes in the much tougher start up the Col de Romme whose ferocious initial 2km that late in the day will have most people wishing they’d fitted a lower gear to their bike! The final few km to the summit of the Colombière are notorious for being like an oven when the sun is shining but at least you know, all that is left to the finish is the wonderfully flowing descent to Le Grand-Bornand.  Best not forget about the first climb of the day though, the Col de la Croix Fry which is a corker of a climb in its own right as well.

La Marmotte wins hands down in terms of elevation gain with my own Garmin just clicking over 5000m crossing the Tour de France finish line at the top of Alpe d’Huez when I rode the route. It is also the longest of the three at 175km and tackles four of the most classic climbs in the Alps: Col du Glandon, Col du Télégraphe, Col du Galibier and Alpe d’Huez. 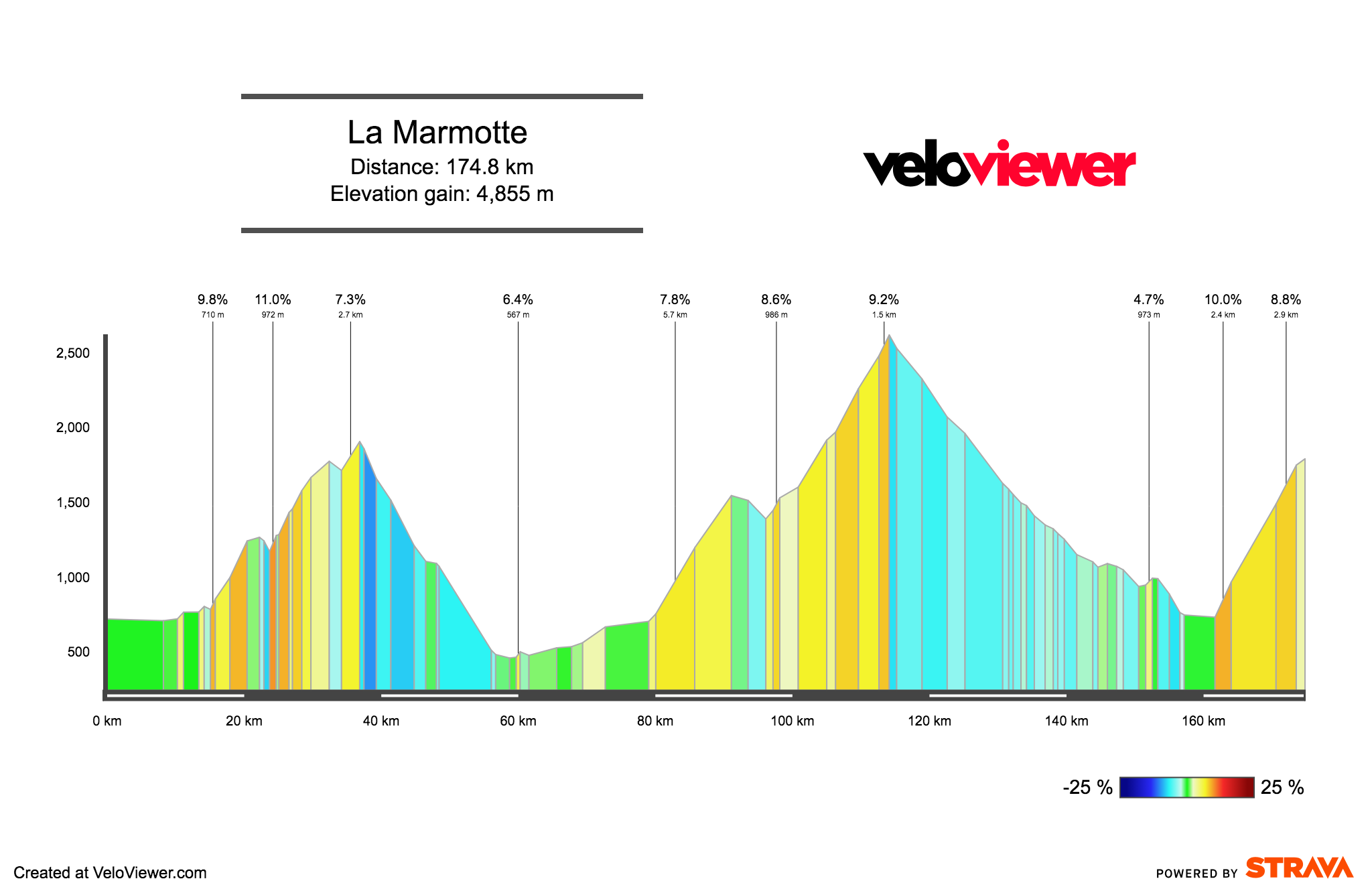 The steepest ramps are on the Glandon but that early in the day they shouldn’t be too much trouble and despite Alpe d’Huez’s reputation it is actually a very steady climb with very few surprises. Just use your gears and find your happy place and you’ll make it up just fine.  The Galibier however is proper hard work.  With the highest elevation of the three Gran Fondos (2645m, the Maratona’s Passo Sella reaches 2244m) and the chance of a headwind on the exposed 2nd half the Galibier is sure to make anyone suffer.

The Maratona has just over 4000m of climbing and the shortest length at 139km but what is hidden by those stats is the altitude for the whole route, not to mention the devastating beauty of the location. The roads very rarely drop below 1500m with 5 of the climbs breaking the 2000m barrier. An extended version of the route was also tackled by the 2016 Giro d’Italia’s stage 14 cementing it on the world stage. 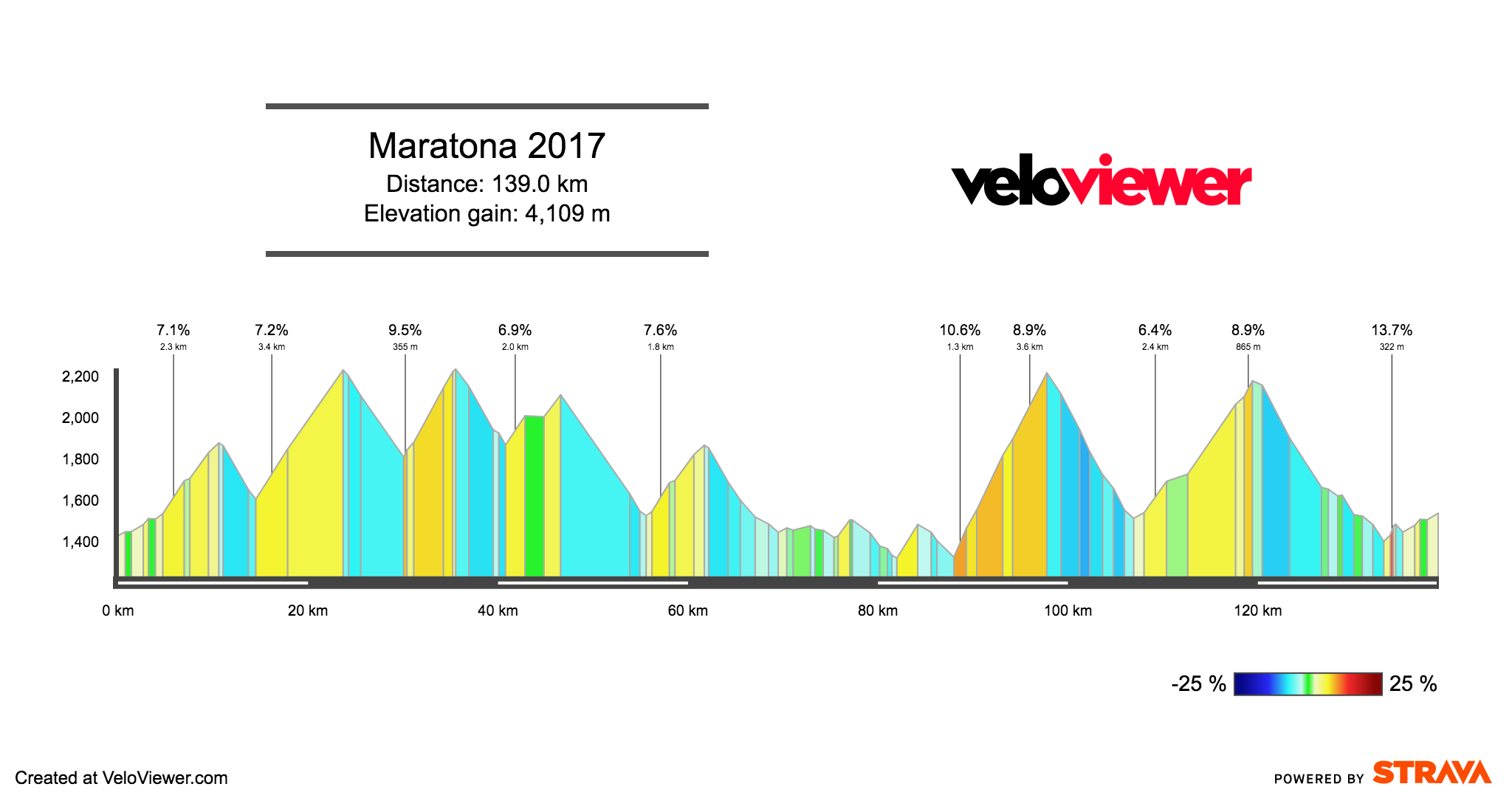 The Maratona’s climbs are pretty relentless with hardly any flat road in-between.  You would have thought that the Campolongo (tackled twice), Pordoi, Sella, Gardena, Giau and Valparola would be enough but there is a very nasty sting in the tail with a short but horribly steep Mür dl Giat (19% max) coming a few kms from the finish. 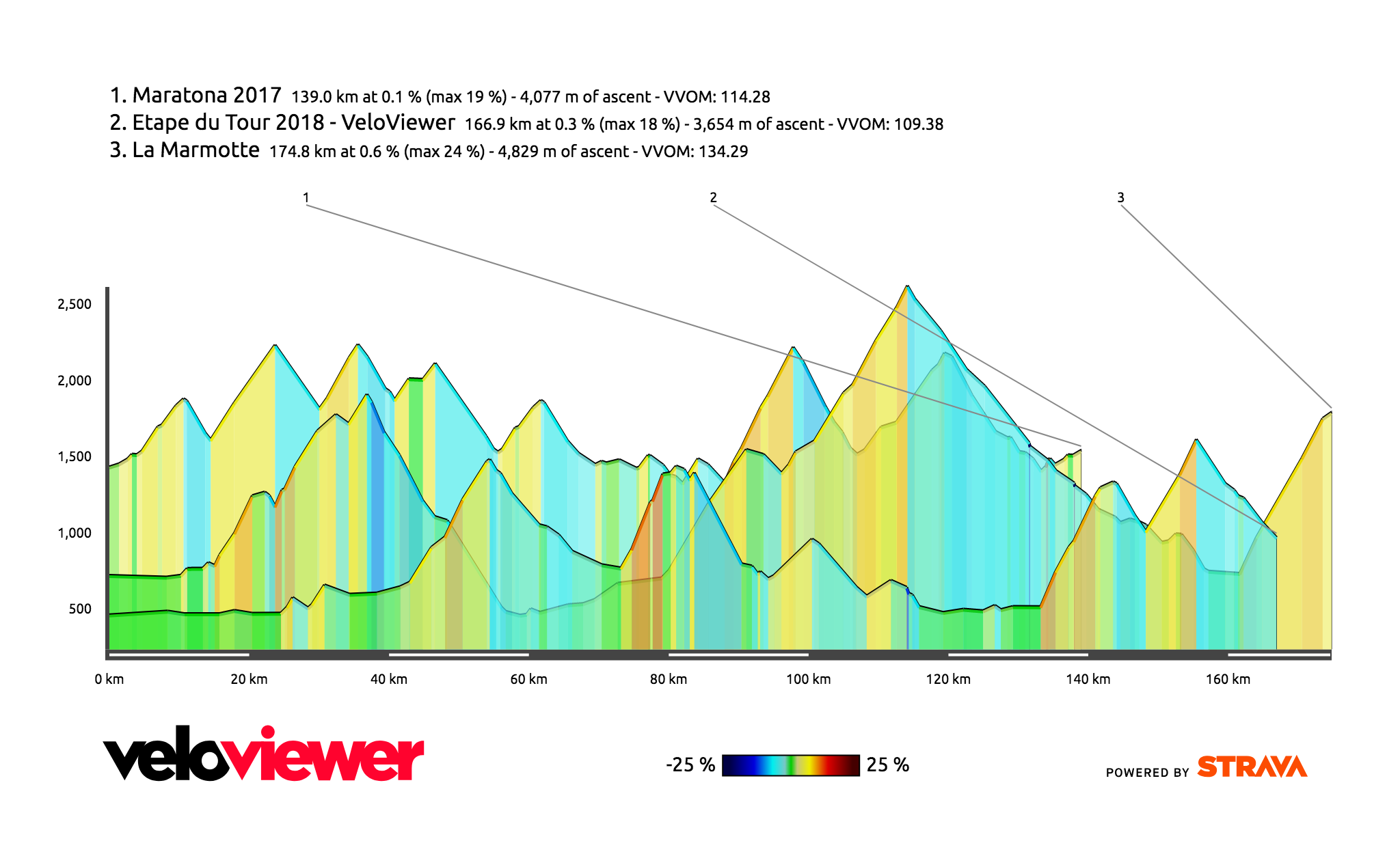 From a purely objective perspective, La Marmotte comes out on top with a VVOM (VeloViewer Objective Measure) of 134 but psychologically I didn’t find that route too intimidating knowing that in all intents and purposes it was just a day of 3 climbs (the Télégraphe and Galibier may as well be merged into one uber climb).  Amazingly classic climbs that everyone has to do at some point so why not all in the same day!

The Maratona is top of my to-do list for 2019 but I think I’ll be trying to enjoy the views and the experience far more than pushing myself to make it any more painful that it needs to be! The Etape should be on everyone’s bucket list and I’m sure one day I’ll try and get on the start-sheet although right now it overlaps with one of my busiest times of the year work-wise.