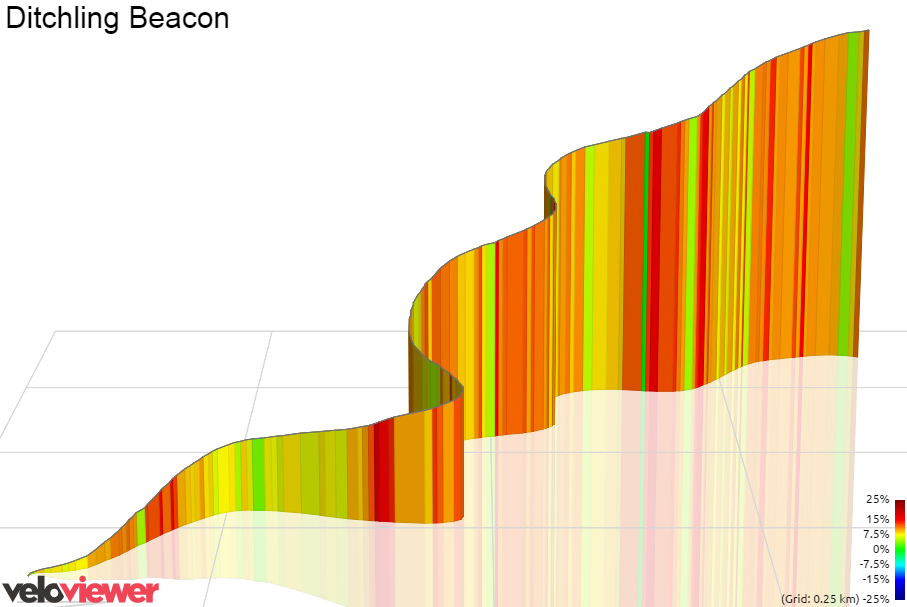 The World Tour pro peloton returns to the British shores with the 2014 Tour of Britain. The highlight of the year for the domestic professional teams as they get to ride against some of the best in the world. But with some using the race to sharpen their form ahead of the World Champs, the local riders will have their work cut out. The race starts and finishes with city centre criteriums in Liverpool and London but the stages in between contain some classic British climbs. View interactive 3D profiles of all the main climbs below.

A lap of Llandudno’s famous Great Orme marks the finale of the second stage in dramatic style. A short climb followed by a winding descent to the finish line on the promenade.

If a sprinter is in the leaders jersey at the start of today’s stage he most certainly won’t be wearing it by the end. At around 5 km averaging over 8% the climb of The Tumble might not decide the overall GC of this race but by the summit we’ll certainly know who still in with a shout of the podium places.

Only a short distance from the finish in Bristol, this short but intense climb beneath the Clifton Suspension Bridge will stretch any sprinters hoping to be up for the stage win.

No hill-top finish on Haytor this year and with its position only a 3rd of the way into the stage will probably mean not much will happen here for the main field apart from maybe distancing some of the pure sprinters. Stoke Hill, on the other hand, might not have the reputation of Haytor but the position of this 2 km climb will make this the key point of the stage.

The penultimate stage of this year’s Tour of Britain finishes with three climbs in close succession. The first at Beachy Head is just a warm up but the final two climbs, Ditchling Beacon and Bear Road, will all but decide the positions on the overall podium with just an 8.8 km time trial likely to change positions on the final day.