A massive thank you to everyone who took the time to fill in the usability survey and for those that added some comments at the end. VeloViewer’s final SUS score is 76.3 (out of 100) and here is how the responses averaged out: 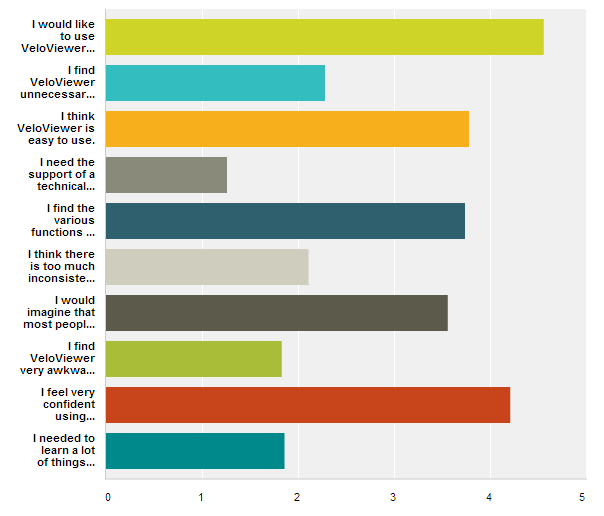 The average SUS score is 68 so I can be pleased that the current version of VeloViewer (version 2, the first version was called StravaViewer that some of you might remember) is at least above average for usability. Still a fair bit of room for improvement though. Lots more information on interpreting SUS scores available on the Measuring Usability site.

I’m currently squeezing into my evening’s baby feeding schedule the creation of the next version of VeloViewer – V3. The main driver for that is the turning off by Strava of the V1 and V2 of their API’s and the roll-out of their new V3 API. This has some significant differences and so is resulting in a complete rewrite of the update process and a bunch of rework to the other pages but with a bit of luck it will also provide the ability for me to give you a much slicker experience using the site. There are some downsides though which I will cover off in my next blog post. Hopefully I’ll be asking for some beta users for VeloViewer V3 within the next couple of weeks and switching over fully at the end of April, early May.

Once you’ve all got up to speed with VeloViewer V3 I’ll run another usability survey to see how things have improved (hopefully!). 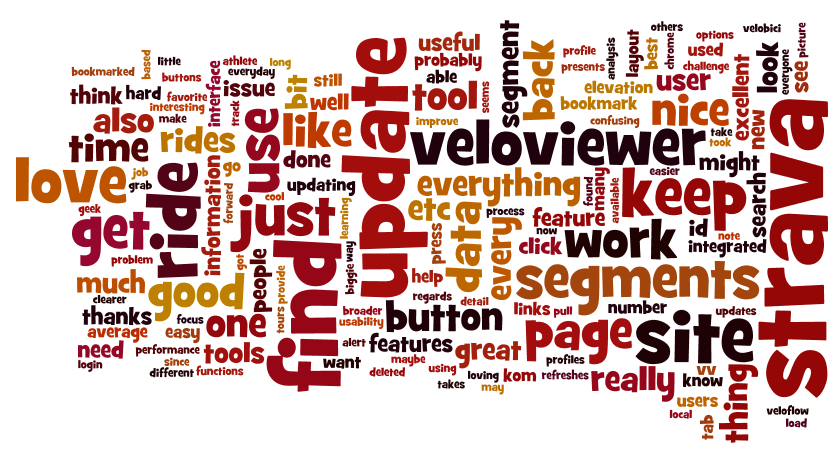 There was a distinct theme to the free-text feedback at the end of the survey (but I will bear in mind all your comments as I continue coding up VeloViewer V3):

“Could we have one update button, one click does everything”

Fair enough. There are various reasons as to why there are lots of buttons at the moment but I will do my best to cut the number down as much as I can and attempt to make it a much more slick and robust update experience. Having the direct oAuth integration with Strava will make life much easier as I’ll finally know who each of you are (no more having to remember your Strava id!).

There was also a lot of love going on too which is nice 🙂 Thanks!