This looks to be the prime location for starring new segments for your travels.  Just set up some Strava routes for your planned rides and then view the routes in VeloViewer (from your Routes List) and check out the segments on offer and star the ones you fancy challenging yourself on.

Alternatively you can just use the Strava Segment Explorer (or a potentially better 3rd party alternative) to find a segment and star it in the Strava segment details page.

The segment list shows you all of the segments you have completed and when filtering to just show your starred segments should provide a good spot to quickly unstar your segments as required.  Filter by the Starred field and then perhaps using the map area to remove the ones you no longer need (check the “Filter” box below the map): 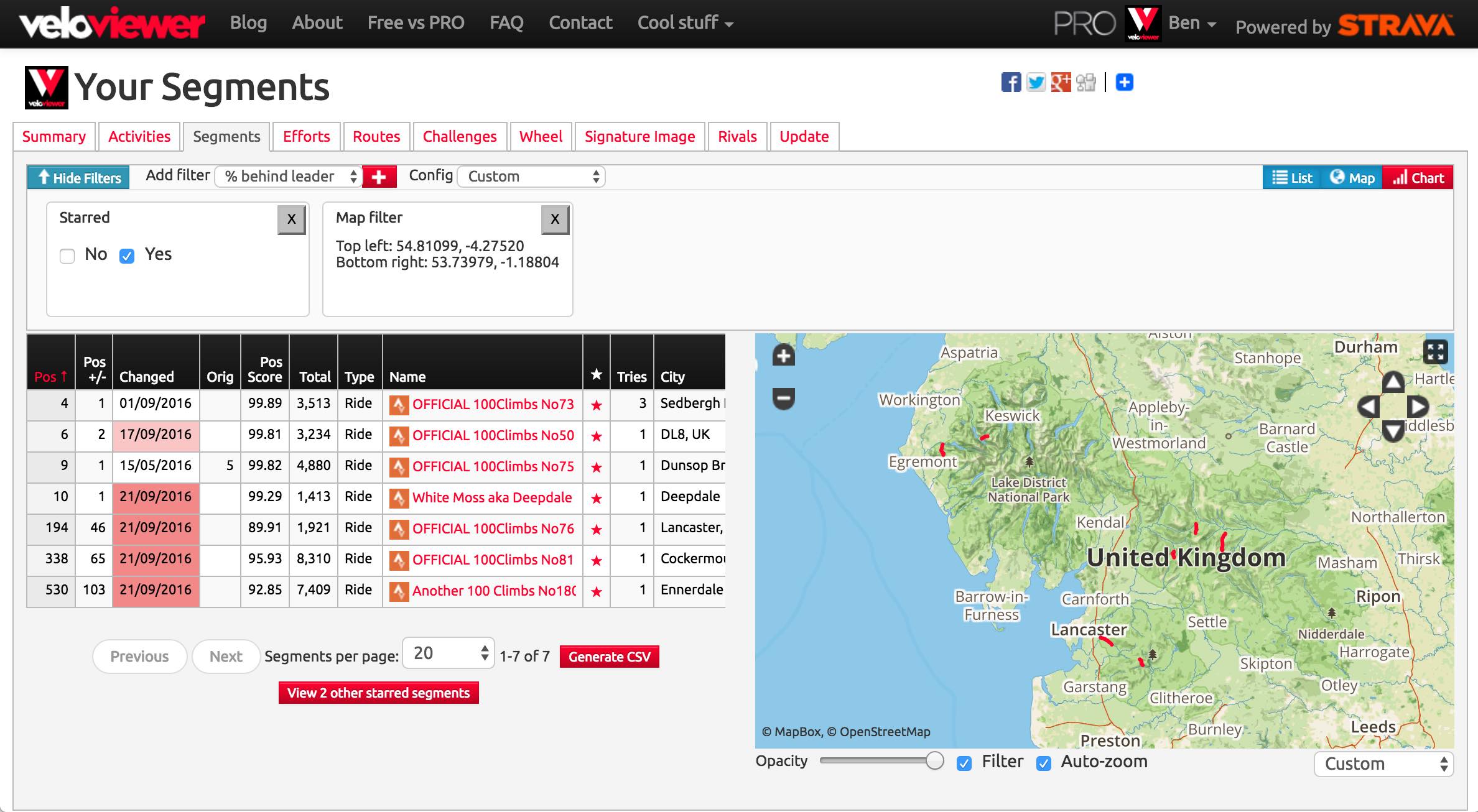