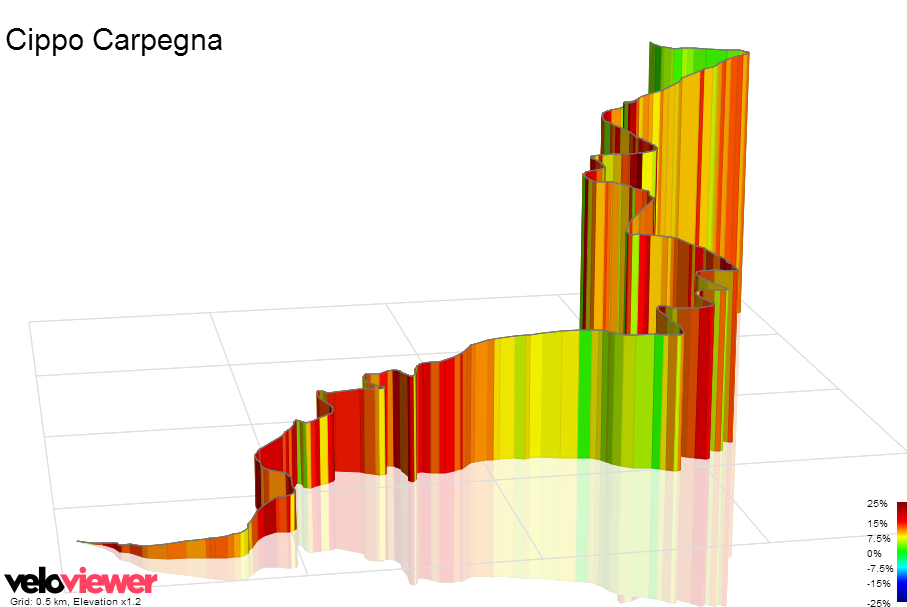 Now that the Giro has left Ireland things should well hot up on the GC (General Classification) front and apart from the two individual timetrials the biggest moves will be made on the many spectacular climbs that will need to be conquered. There were a few climbs in Ireland but as we all knew, they were never going to cause even the sprinters any concerns but for the remainder of this first week there are many climbs that will cause some serious time splits.

Not particularly steep or long this climb up to Viggiano will be tackled twice with the finish of the stage at the summit of its second ascent.

Another short and shallow climb but the scenery will be stunning along with the serpentine nature of the climb.

Stage 7 looks to be a sprinters stage with only a couple of small climbs leading towards a flat run-in to the finish. Stage 8 on the other hand is where things start to get serious with numerous, serious climbs and a proper mountain top finish.

After a long, undulating approach the peloton will tackle this beast of a climb which averages at 10% over its 6 km length.

The 1st of the two climb finale to the stage at just under 6% average gradient for almost 10 km.

The finishing climb to Montecopiolo. Expect some of the main GC contenders to launch attacks up here looking to get some time on the lesser climbers.

A couple of warm up climbs but things get tasty as the riders head out of Fanano, up through the ski resort of SesTola and up to the Passo del Lupo high above. The 1,538 m summit is reached over the 16.5 km climb with three distinct sections. The first 9 km is at a fairly manageable 4.8% but is followed by a few kilometres averaging 8.7% (max 13%) before easing off to 4.5% for the final 4 km. 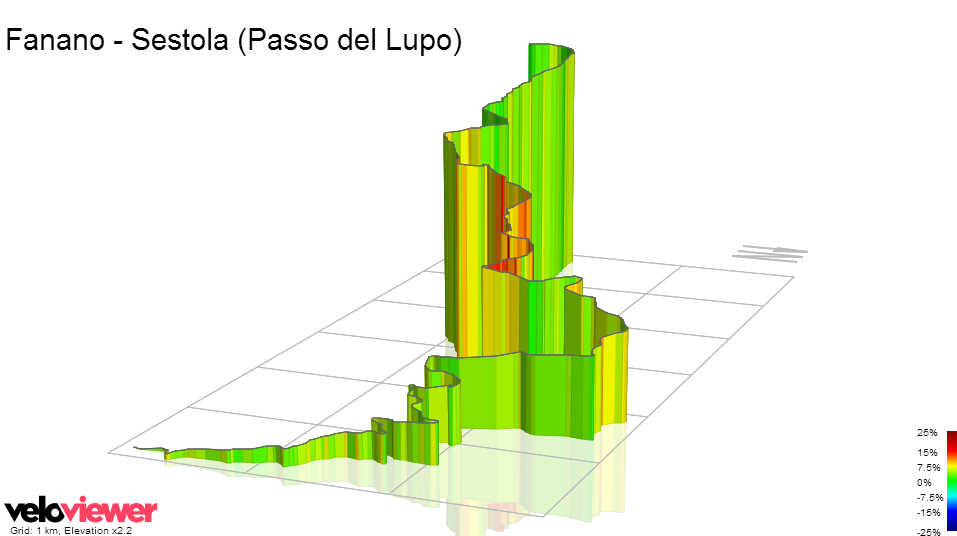