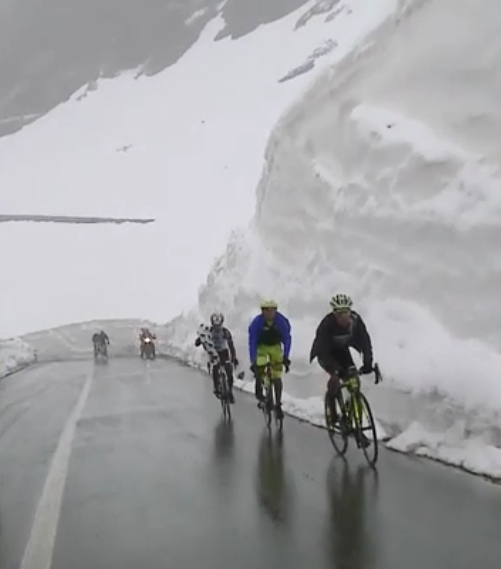 The 3 weeks of the 2014 Giro d’Italia are almost up and although the snowy high point of the race (Passo dello Stelvio) has been and gone, by far the toughest climb and final showdown of the race is yet to come – Monte Zoncolan.  Prior to that though are 2 more days of climbing including an individual, mountain time trial. Will Rigoberto Uran be able to turn around his deficit to Nairo Quintana? Here are all the details of the climbs of these last three mountain stages.

The first of three back to back mountain top finishes taking in two category 1 climbs and a single category 2 for good measure. Here are those two CAT 1s:

A warm up climb for the peloton which will allow a break to go clear but unlikely to see any action from the main riders, averaging 7.5 % over 10 km but a central 2.5 km averaging at over 11 % is sure to take its toll on a few riders.

A very consistent climb at a steady gradient of just under 8 % but for a relentless 15.7 km.

I love a good hill climb time trial and I’m sure this one won’t disappoint. A short, flat run in followed by a difficult, undulating 18.5 km climb and despite its overall average gradient of 7.8 % has numerous sections well above 10 % to break the rider’s rhythm.

This is it, the final stage for to decide the overall general classification (Sunday’s stage 21 will be a show-piece sprinters stage to give the GC riders a chance to celebrate).  3 climbs on the stage but it will all come down to the fearsome slopes of the Zoncolan.

After a long, flat approach the riders will loosen up their legs up the 8 km Passo del Pura.

An undulating 15 km with a sharp ramp (up to 15 %) at its finish but expect everyone to be saving their energy for the final climb of the day. 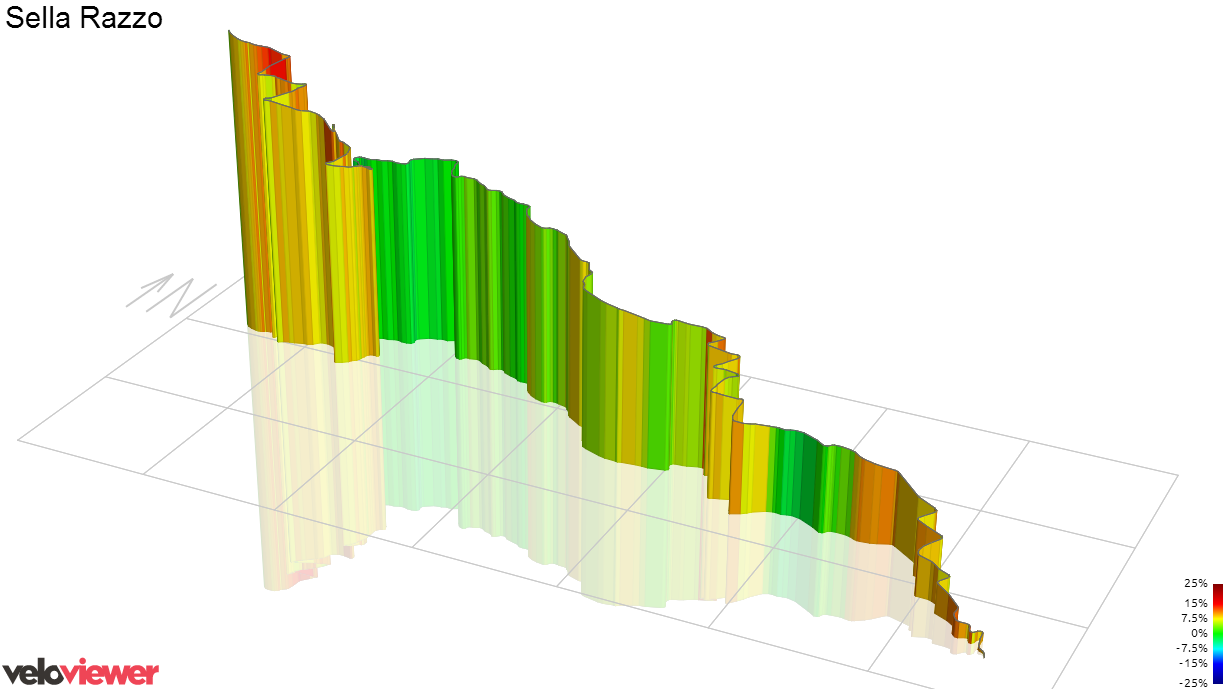 This is it, the final climb of this year’s Giro and what a climb it is. 10 km of almost 12 % with the central 6 km averaging a staggering 14.7 % with multiple sections above 20 % mixed in! The only other climb in professional cycling that is on a par with the Zoncolan is Spain’s Alto de L’Angliru.