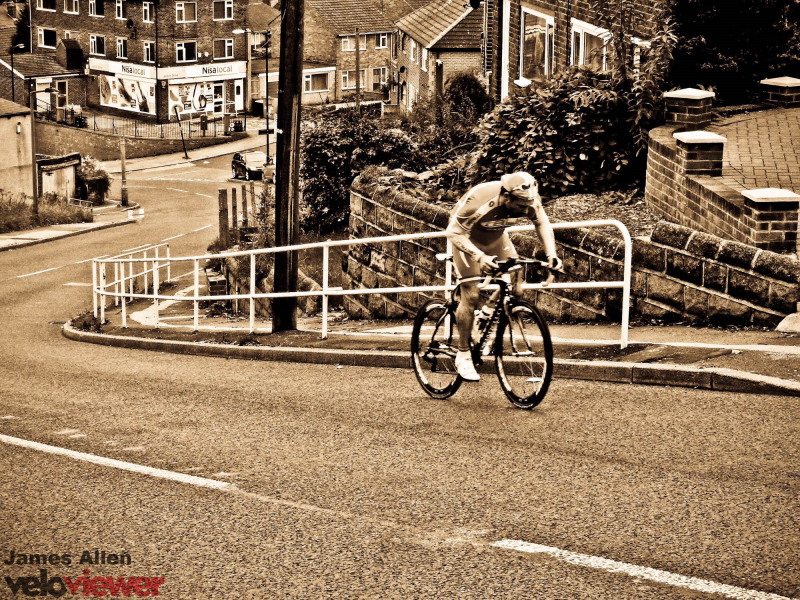 Jenkin Road is the final climb on stage 2 of the 2014 Tour de France. Its position on the route, only minutes from finish in Sheffield, is crucial and is likely to influence the final outcome. Jenkin is only short but it is steep enough to be a significant challenge to the riders of Le Tour, especially as it comes after 195 hilly kilometres.

Jenkin Road notoriously steep hill within the local community, but it was relatively unfamiliar to the wider cycling community until it was included on the route of stage 2 of the 2014 Tour de France. It exits Sheffield’s Don Valley in the north-east corner of the city which was a hub of steel production in the 19th and 20th centuries giving the city its industrial reputation. Indeed the climb ascends through gritty inner city housing so stage 2 has been compared to Liège-Bastogne-Liège, the world’s oldest and most prestigious one-day professional road race, which similarly culminates within the industrial landscape of Liège. There is no doubt that stage 2 from York to Sheffield is incessantly challenging, yet despite this it’s ‘Le Cote de Jenkin Road’ that will provide the sting in the tail and will likely determine the winner of the stage. It will be a tenacious rider that summits Jenkin Road and goes on to win stage 2 because, after several hours of hard racing, the climb opens steeply followed by an abrupt ramp at the half way point.

(Interactive 3D profile of climb and map – don’t be shy, give it a spin!)

The climb begins as you turn north off the B6082 where you will need to quickly click down the gears on the 12% incline. The first 200m is relentless and don’t expect anything much easier until you’re close to the top. The gradient increases to 14% as you approach mid-way so you have to settle into a rhythm here if possible. You also need to be careful not to go into the red because an even sterner test lurks around the next corner. 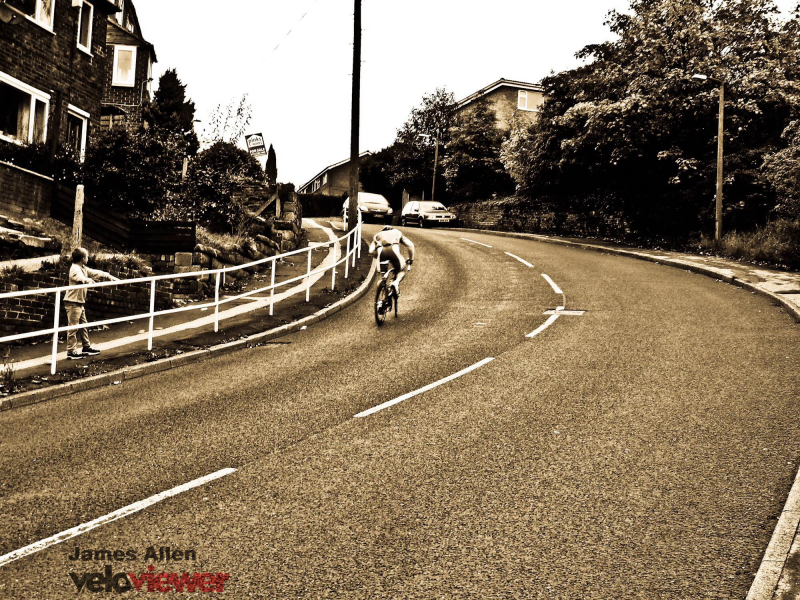 The road bends right and you are met with the sight of the road becoming alarmingly steep, whilst a pedestrian handrail by the pavement confirms you are riding on unusually steep tarmac. There’s no escape so you have to dig deep and power your way over the ramp that reaches around 30%. Thankfully it’s only short-lived, but the ramp must be attacked directly so you will now be forced into the red. Hang in there because the road soon becomes more forgiving, but only in relative terms. There is a further 100m or so of 14% incline to overcome until the going becomes much easier following a left-hand bend as you enter the site of an Iron Age fort. There is nothing obvious to indicate its existence now but it’s believed this was once an important part of a defensive ridge to repel Roman invasion. It’s an interesting parallel that this ancient hill will soon be used to resist a present-day army of elite Tour de France cyclists.

Amongst this old fort you will be climbing at around 5% so it’s definitely a chance to recover a little before the final rise to the summit. A final short push carries you over this rise which returns to a double digit incline, but once you reach the crest you immediately begin to roll downhill. A right turn on to Newman Road allows a return to the valley along the same route that the world’s best cyclists will take on stage 2 this summer.

It’s a credit to the Yorkshire Grand Depart organisers that Jenkin Road has been selected for the route into Sheffield on Sunday the 6th of July. The climb is tackled only 5km from the finish down in the Don Valley and will form the final test for the riders on a route encompassing many steep inclines throughout the route from York. The time gaps between the top cyclists might only be seconds at the top of Jenkin Road but it’s likely they will be significant enough to force the selection of one, or a handful of riders to contest the finish in the valley below. ‘Le Cote de Jenkin Road’ will secure a place in Tour de France history this summer, but might give some of the riders nightmares in the years to come.

Today’s guest writer, James Allen, has a far greater education in the climbs of Yorkshire than most. Not only is he the author of the excellent brand new book “50 Classic Cycle Climbs: Yorkshire & Peak District” but he is also the reigning hill climb champion of the Bank Road course in Matlock and for the time being is the current Strava KOM on Jenkin Road itself.

Handlebar view of the climb 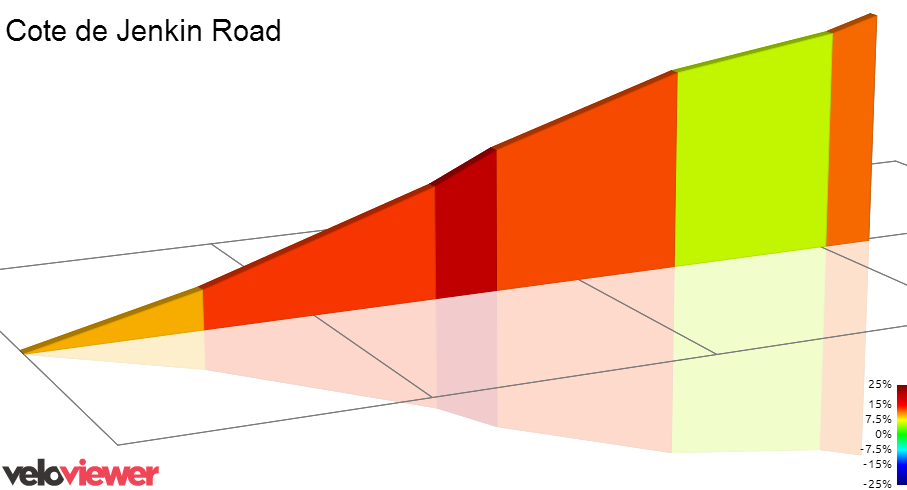 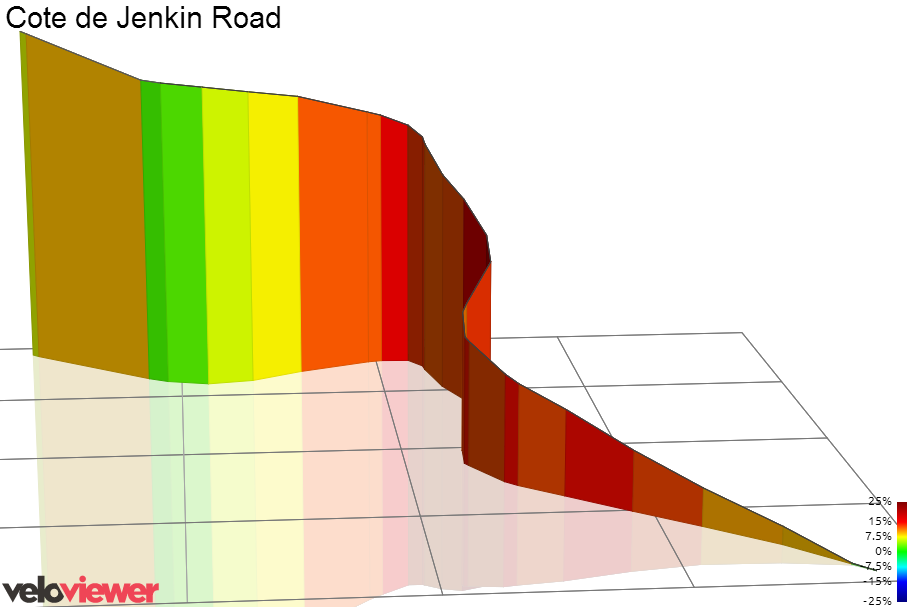