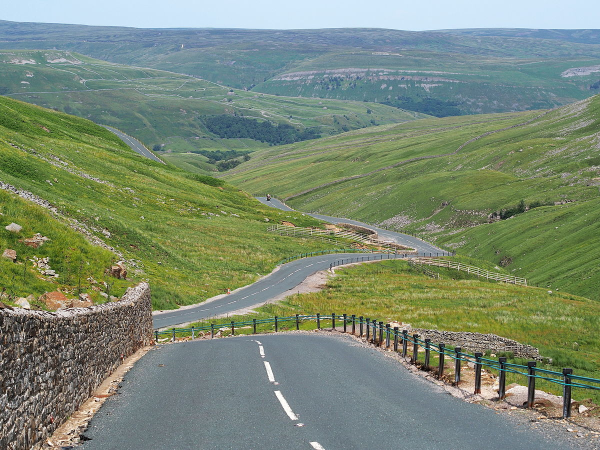 The Buttertubs Pass from Hawes in North Yorkshire will be one of the first climbs taken in by the 2014 Tour de France in the heart of the Yorkshire Dales National Park. I’m not going to attempt to regale you with tales of my epic ascent of the climb as I can only remember about 25 metres of it (and I don’t think I’ve ever regaled anything very well) so I’ll stick to what I know and provide the cold, hard stats!

The Buttertubs itself is a limestone formation just down the north side from the summit consisting of 20m deep potholes with both the climb from the north (Thwaite/Muker) and south (Hawes) providing quite a challenge and will certainly be a good wake up call for the riders on the 1st day of the Tour. The climb from the North is probably harder and certainly looks more dramatic (see picture above) with its 25% hairpins. It will certainly make for an exciting descent and the helicopter shots should be amazing.

The Tour will be taking Buttertubs from the South starting in Hawes and after a steady start there is a steep ramp of around 20% before easing off and rambling over the exposed moor before reaching the true summit at 526 metres.

Hawes is on the south side of the river and makes a great base for exploring the area along with providing a popular cafe stop for the multitude of motor-bikers that equally enjoy the challenges of these roads. There’s also a quaint cafe with good coffee and biscuits in Thwaite to the North.

Making a day of it

If you are passing through Hawes then you really should have a go at Fleet Moss, the intimidating climb to the south. A picturesque road passing over an interesting cascade in Gayle before heading up onto a long flat section giving you plenty of time to take in the brute of an ascent in the distance. Ever steepening with a corker of a 25% finale bringing you almost to the top of the moor. A long way round for a loop though so you could do as I did and just tag it on to your ride as a worthwhile out-and-back. The descent of the top section feels like dropping over the edge on a roller coaster with a dead-straight road over the 25 % rollers, the top speed on Strava is around 100 kph down here! Do watch out for the sheep though.

To the north of Buttertubs you can carry on further north up the Stonesdale climb to the Tan Hill Inn looping back round via Reeth. Whether you do this or not you’ll have to tackle one of the climbs back over to Askrigg and along the valley to Hawes with Fleak Moss certainly being one of the tougher but most rewarding options.

If you’re really keen then enter the Etape du Dales that takes in Buttertubs from the south along with far too many other hills in its 180 km.

You can check out the route of my first (of hopefully many) days cycling in this area. Certainly a bit contrived (as I attempted to ride both sides of each pass in the same time it took my Father In Law to get up the first side) but all the climbs and descents were excellent.

Also two very contrasting videos from the opposite, but arguably more impressive, direction from the north: 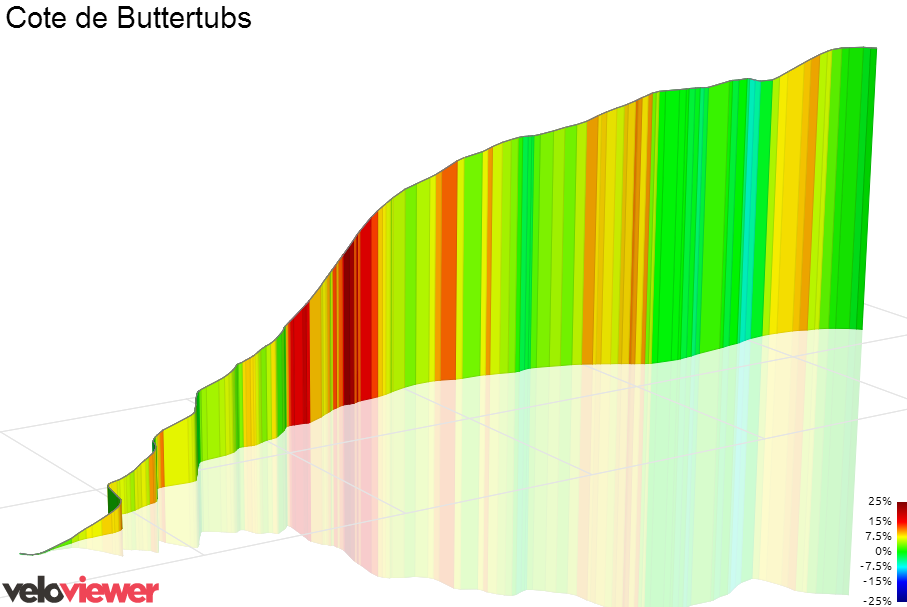