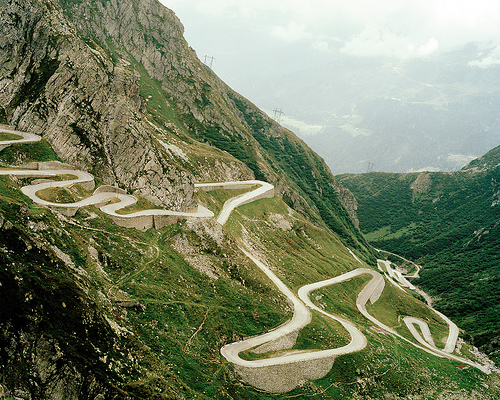 Have you ever wondered what the VAM and Relative Power values are on VeloViewer ? Basically these provide you with a good set of values with which you can compare your efforts between different Strava Segments (as long as they are categorised climbs).

Or “Mean Ascent Velocity” to you and me, is the brain child of the infamous Italian doctor Michele Ferrari – yes, that doctor! This is the rate of ascent given as the number of vertical metres (sorry Americans) you would tick off in 1 hour of riding. Now you see why these values are only provided on categorised climbs! The shorter the climb, the less accurate this number can be as you can get very high numbers being returned when the slingshot from a good run-up gets you 1/4 of the way up the climb at a higher than normal speed. The longer the climb then the less of an effect this has on the VAM.

As a point of reference if you can handle a VAM of 1200 on cat 2 climbs or bigger then you’ve got a vague chance of hanging on the wheel of Cav in the Autobus!

So VAM is giving us an interesting value but it isn’t actually that comparable between climbs of differing gradients, particularly on the cat 4’s. You can blast your way fairly easily up a 120m climb at a 15% gradient and score a hugely impressive VAM but there is no physical way you can achieve that same value, despite beasting yourself to a far greater amount, on a 120m climb at 5% (as I did in those examples). In order to attain the same VAM the increase in horizontal speed would be such that far more power would be required to deal with the wind resistance. In steps Relative Power to level the scores out a bit.

This value attempts to level the playing field to allow for not only comparisons between many of your own Segment performances but also to compare your own performance against that of others completely independent of each riders weight. The relative power is measured in Watts per Kilogram (once again, apologies to the Imperial users out there), multiply this value by the weight of you and all your kit (in Kg) at the time and there is your actual power in Watts.

This is achieved by calculating a “gradient factor” which, when applied to the VAM, attempts to take into account the extra effort required to overcome wind resistance. The relative power is obtained by dividing the VAM by this gradient factor so the lower the gradient, the higher the resulting relative power will be for the same VAM values.

So this is probably my favourite value shown in VeloViewer as I can look at any particular segment and see what potential there is for me to improve knowing what I’m capable of for that climb category. You could even look at the Strava leaderboard and work out your theoretical placing based on your maximal relative power, save you ever having to prove it!

I put together the Climb Stats table on the Athlete Summary page to provide a glanceable reference point for your maximum and average VAM’s and Relative Powers over the different climb categories.

Why not show actual power?

On Strava you will see a Power value often given and this is calculated by multiplying the relative power by the weight of the rider and all of their kit. If you compare the power values in any leaderboard you will see a large variation as these weights will be of varying amounts and of varying correctness, all because someone’s Power is showing 500 Watts, you might only need to register a Power value of 350 Watts to beat their time.

For those of you with power meters then unfortunatley there is no way at present to get those values from the Strava API’s so your stuck with my calculated values for now.

Things to bear in mind

When it comes down to it, you can probably remember the times you gave it all you had on a climb, the taste of blood in your mouth and the strange looks from passers by as you can’t help but grunt your way through the last few pedal revs (if you haven’t experienced that then you’re not trying hard enough!) Once you’ve got your benchmark top VAM/Relative Powers for each climb category then you should be able to work out what your potential times and placings would be on other segments of the same category.

For many people, the placings on each Strava Segment might be the first thing you look for when uploading a ride but after that initial cheer or sigh there is actually a lot more interesting stuff you can find out about your efforts than whether you were beaten by someone you’ve never heard of.

The formula used for calculating VAM and Relative Power can be found on the VAM wiki page.

Have you ever wondered what the VAM and Relative Power values are on VeloViewer ? Basically these provide you with a good set of values with which you can compare your efforts between different Strava Segments (as long as they are categorised climbs).